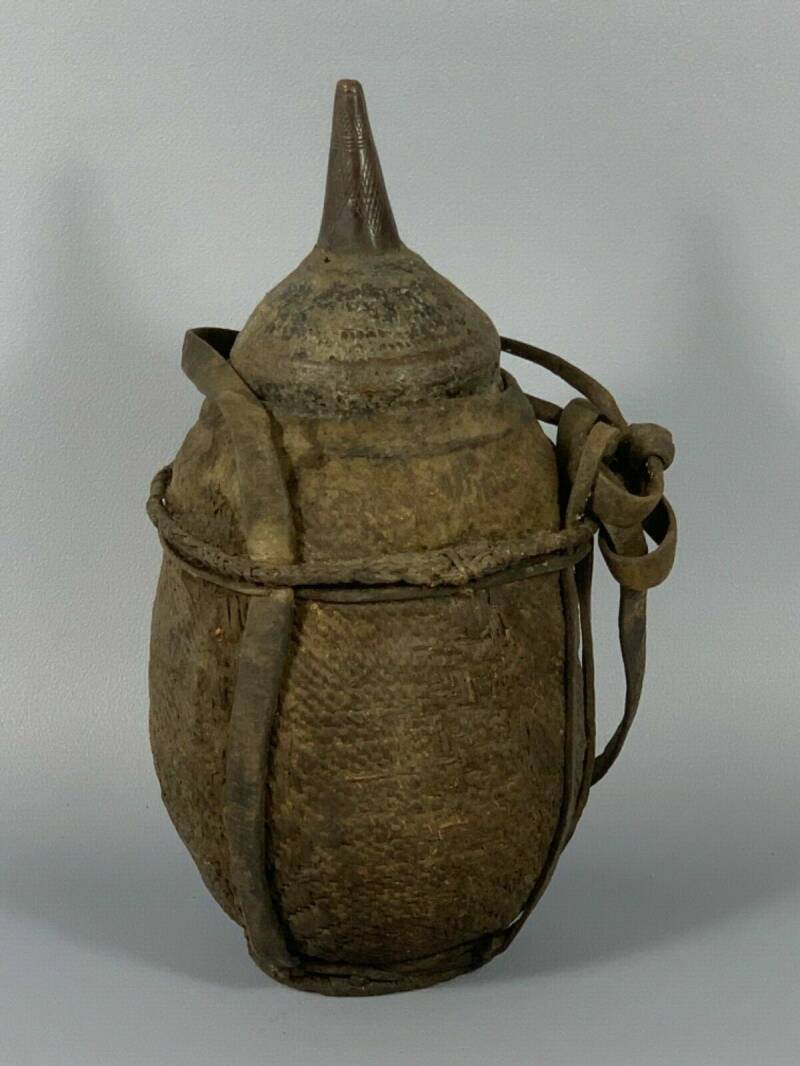 his is one of several types of basketry milk containers made and used by the Borana, a pastoral people who raise cattle in southern Ethiopia. The vegetal fibers used in their fabrication are woven very tightly, they are light and extremely durable, and serve as the ideal container for liquids. One of the key characteristics of the gorfa is the application of cowries, small white shells that enhance the beauty of the container. Among the Borana, all women are expected to learn to make woven milk containers like the gorfa. Milk containers themselves are vital objects in a culture where raising cattle is of central importance. The milk that these containers hold is a symbol of abundance. The container's symbolic meaning stems from its structure--in Borana society, weaving is associated with fertility. The container and the milk thus symbolize the ideal combination of abundance and fertility, two fundamental requirements for the reproduction and prosperity of the family and community. In this society women produce woven containers and men carve wood containers. Both types of containers may serve the same utilitarian function but they are used in different social settings. There also are containers that have both wood and basketry components and therefore require the work of both a man and a woman, usually a husband and wife or at least members of the family living in the same household. Such containers reflect a fundamental element of Borana culture, a healthy interdependence between the sexes manifest in the complementary roles men and women perform in their families and communities.
Part of the Oromo tribe – Ethiopia’s largest ethnic group – the Borana are estimated to total 500,000, but because many live in remote areas it is hard to know exactly how many exist. Borana speak Oromifa. They are traditionally semi-nomadic pastoralists, who depend exclusively on their livestock for subsistence: Borana make their living by growing and selling cattle and crops, including teff and chatt (a tobacco-like drug). They make most of their domestic goods from wood or skin.
The women are independent and equal to men even with building and owning houses. A wife decides who will enter it, and if her husband comes back and finds another man’s spear stuck in the ground outside her house, he cannot go in.
There are only about 200 Christians among the 150,000 Borana in Ethiopia. Islam has only come to the Borana in the last 100 years. Many Borana have adopted a veneer of Islam over a powerful traditional monotheistic religion. They frequently pray to Waq, the benign god whom they believe "sends the rain and all good things.” The main feature of the Borana religion is not just the powerful veneration accorded to their chief religious leaders, but to the very real spiritual power of the Ayana, or spirits, which posses