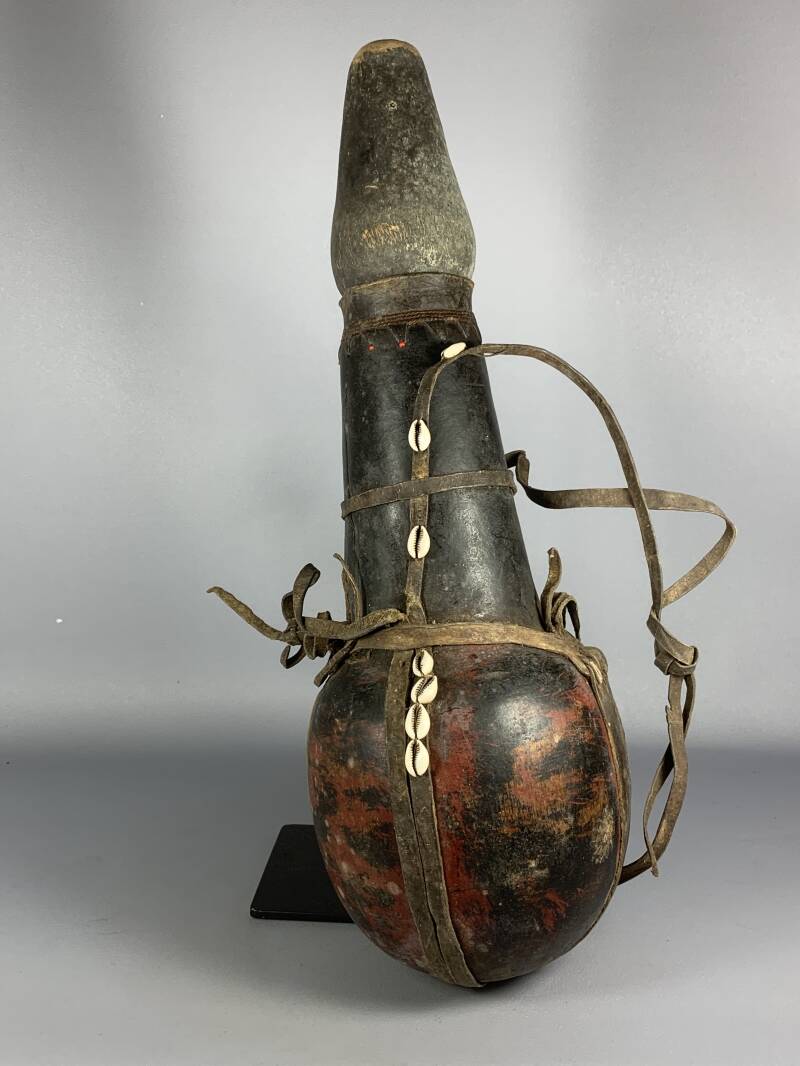 Ethiopia: Tribal used Old Ethiopian african milk jug.
Size: 50 cm high.
The Mursi tribe (sometimes called the Murzu tribe) are an African tribe from the isolated Debub Omo Zone in Southern Ethiopia near the border with Sudan. There are an estimated 10,000 people in the Mursi tribe and the Ethiopian government groups them together with the Suri and Me’en tribes and calls the collective group the Surma. However, the Mursi tribe reject the term Surma and refuse to identify themselves as Surma.
Unlike some other pastoralist African tribes, the Mursi are sedentary rather than nomadic. The language of the Mursi is in the Nilo-Saharan linguistic family rather than being in the Afro-Asiatic language family as is Amharic, the official Ethiopian language. Very few Mursi people speak Amharic and most are unable to read or write. Although a small percentage of the Mursi tribe are Christians, most still practice Animism, believing that plants, animals and some inanimate objects possess spirits. Mursi tribe girls and women wear lip plates in their lower lips similar to some Amazon tribes such as the Suya tribe from the Xingu River area in Brazil. However, in the Suya Amazon tribe it is the men that wear the lip plates, while with the Mursi African tribe, only the females wear the plates in their lips.