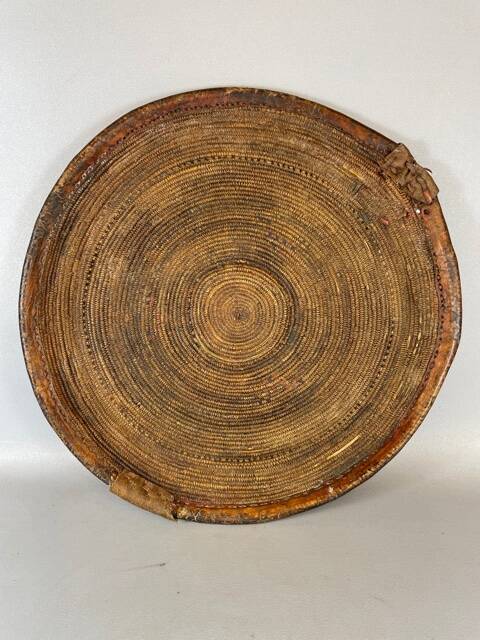 Harari basketry is an important cultural indicator for the Harari people of Ethiopia, a minority ethnic group from the eastern city of Harar (Asante 2005: 61; Hecht 1992: 5). Traditional basketry is made exclusively by Harari women, and plays an integral role as a symbol of Harari female identity (Hecht 1992: 12). Basket making acts as a right of passage for young girls who are expected to master the art of weaving before their wedding in order to supply a minimum number of baskets for their dowry (Tarsitani 2009: 71; Zekaria 1999: 3). Prior to marriage, young girls produce baskets together as part of a mooy gaar, a social group of similarly aged girls, where they learn weaving and the art of social etiquette (Tarsitani, 2009: 66; Zekaria 1999: 4). The traditional baskets act as a valuable link between tangible and intangible heritage, representing “femininity, family, and community”, while also creating and fortifying social relationships (Tarsitani, 2009: 71).