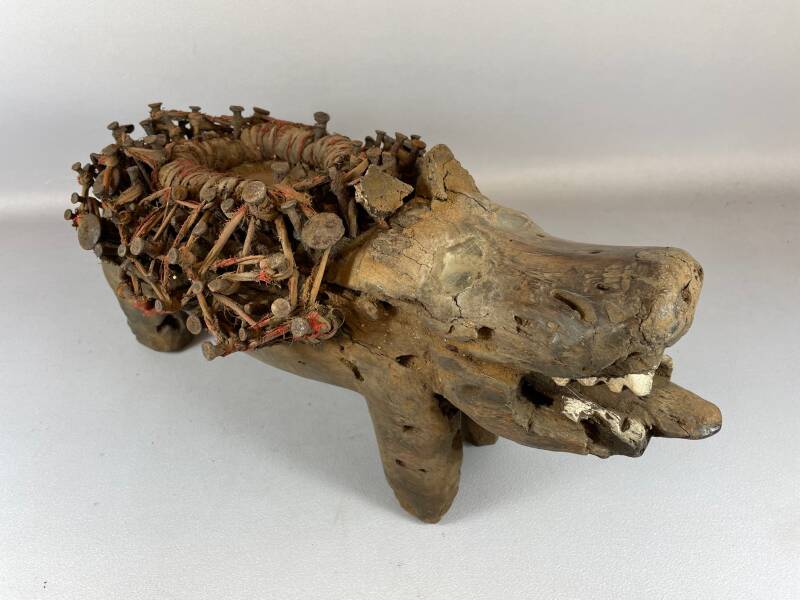 Invocations, in bloodthirsty language, encouraged it to punish the guilty party. It would also be provoked by having gunpowder exploded in front of it, and having nails hammered into it. They were also used to literally "hammer out agreements"...with clear implications as to what would happen to people who broke the agreements.2