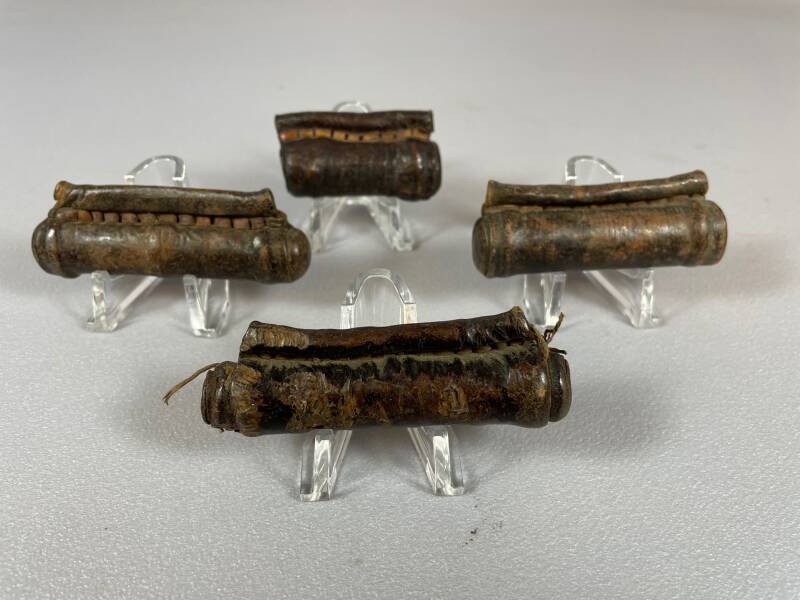 Ethiopia 4 old Ethiopian coptic Ge’ez manuscript kitabs or bible scrolls.
This Coptic manuscript scroll are made in begin 19th century.
ThIs manuscript kitabs are written in the ancient Semitic Ge'ez language. Language currently used in sacred books such as Coptic Bibles, breviaries and similar prayer books. The writings of this manuscript refer to moral, esoteric, ethical, philosophical and religious foundations, some of them also contain paintings which were applied as a kind of good luck charm, when this was finished they were rolled or folded and were again sewn into leather and worn with a loop on a leather band around the neck.
The sizes of this 4 pieces are between 5 cm and 7 cm long.16