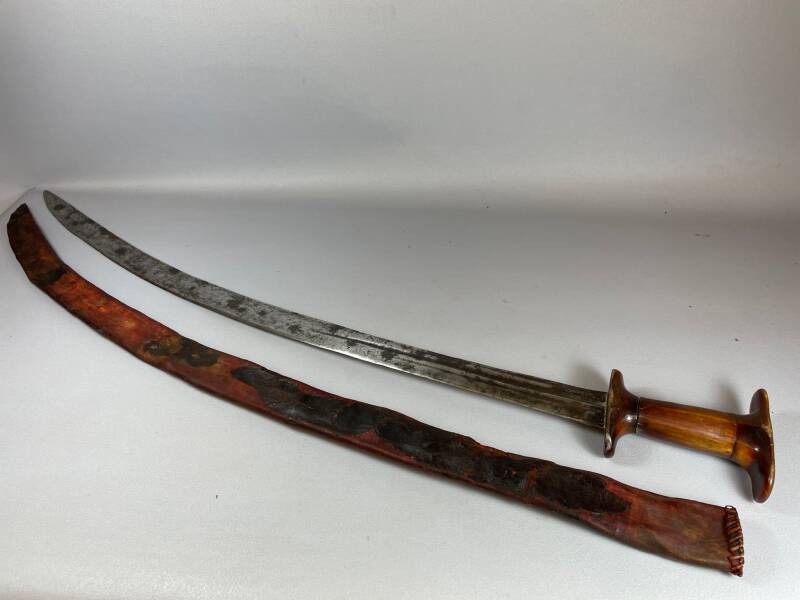 Antique Ethiopian Shotel or Sword with an Horn Hilt, Menelik II - Ethiopia.
It is dated late 19th C. and used in the Italian - Ethiopian war in 1896.

The total shotel is about 98 cm total length and the hilt is made from horn. This shotel is carried in a close fitting leather scabbard.

The scabbard is leather. Total length 98 cm. Lt is probably dated to the late 19th C. Very good condition. This is a completely original and authentic antique piece
A shotel (Amharic/Tigrinya ሽቶል or also spelled as ሽተል) is a curved sword originating in Ethiopia and Eritrea. The curve on the blade varies from the Persians hamshir , adopting an almost semicircular shape. The blade is flat and double-edged with a diamond cross-section.