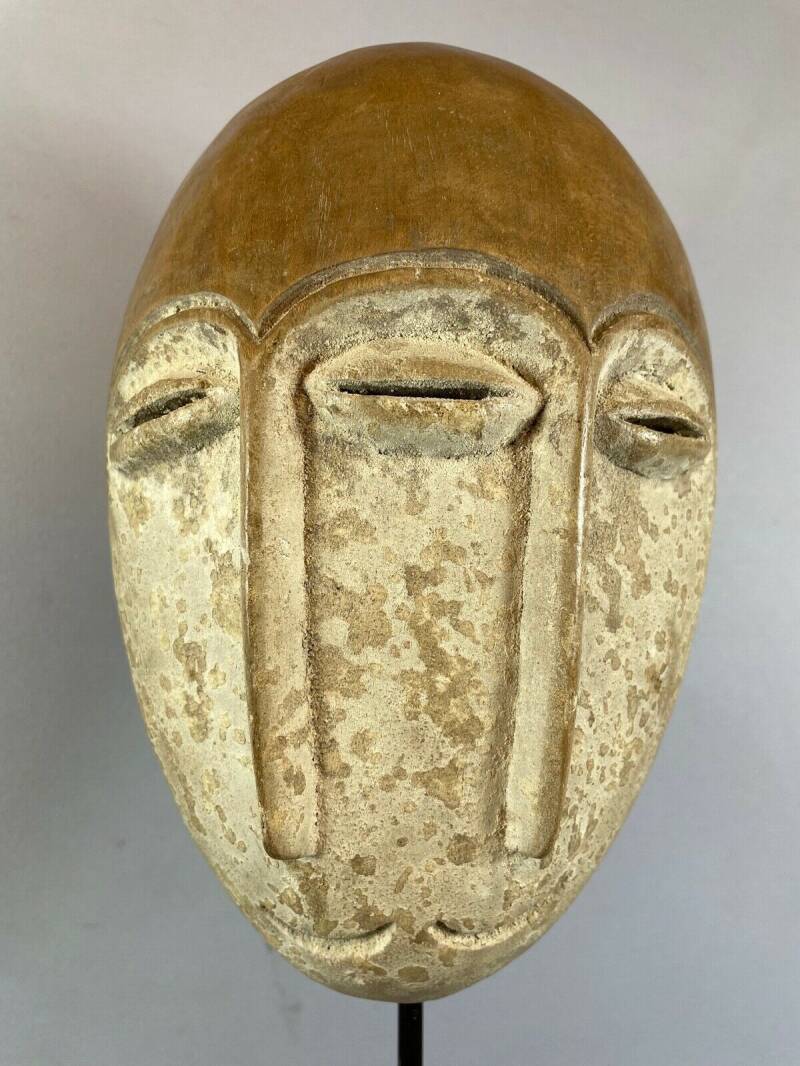 Congo: Tribal used African mask from the Lega Bwami.
This type of mask is used in context of initiation.
Hand carved from a single piece of colorful painted wood.
Height: 23 cm.

The territory is covered by deep rain forest and, in the east, rugged mountains rising to 6,000 feet (1,800 m) or more. The climate is hot and humid year round. The mountains hold areas of moist woodlands as well as montane forest and grasslands. To the north and west the forest is denser and deeper. The south of the region holds mosaics of forest savannah and woodlands. All of the forest has long been inhabited by humans, who have cleared land for cultivation, then let it return to the wild. In some places the forest has not grown back but has been replaced by grassland. The forest has many plants and trees that provide food and are used for other purposes, and has abundant wildlife.