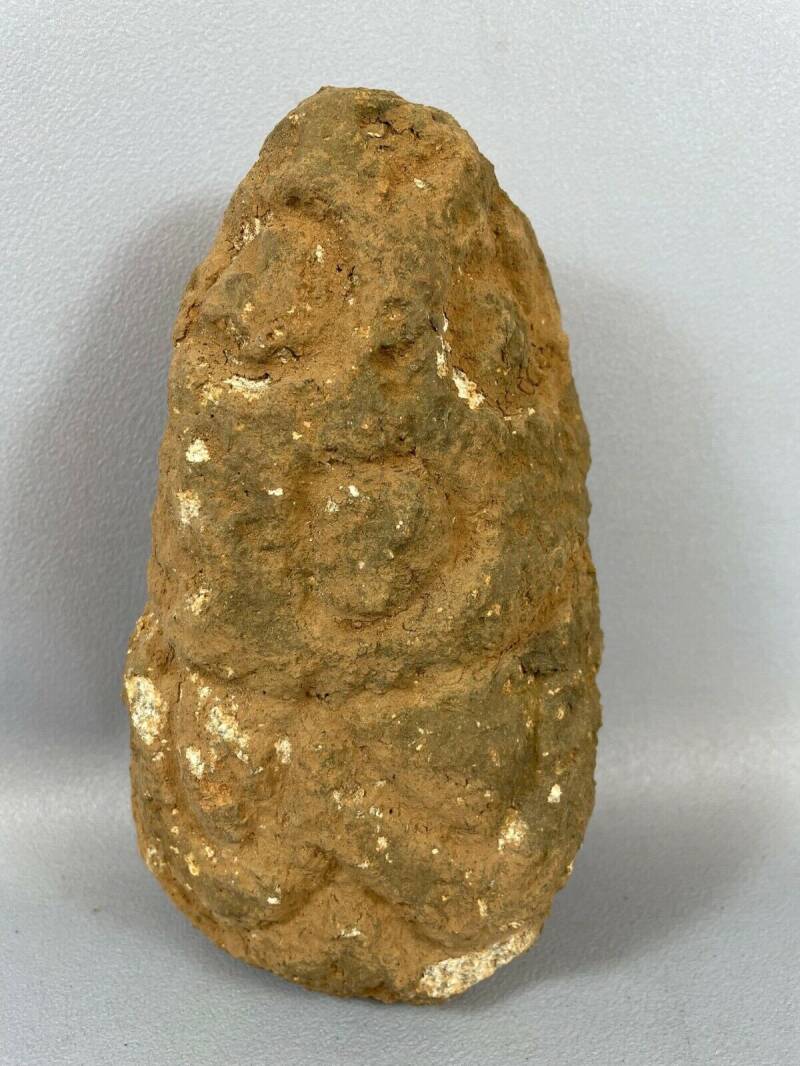 This type of mask is used at the Yoruba Epa festival where the fertility of the soil and the prosperity of the men are conjured.
Carved from a single piece of stone.
Height: 19 cm.

The concept of ase influences how many of the Yoruba arts are composed. In the visual arts, a design may be segmented or seriate- a "discontinuous aggregate in which the units of the whole are discrete and share equal value with the other units." Such elements can be seen in Ifa trays and bowls, veranda posts, carved doors, and ancestral masks.