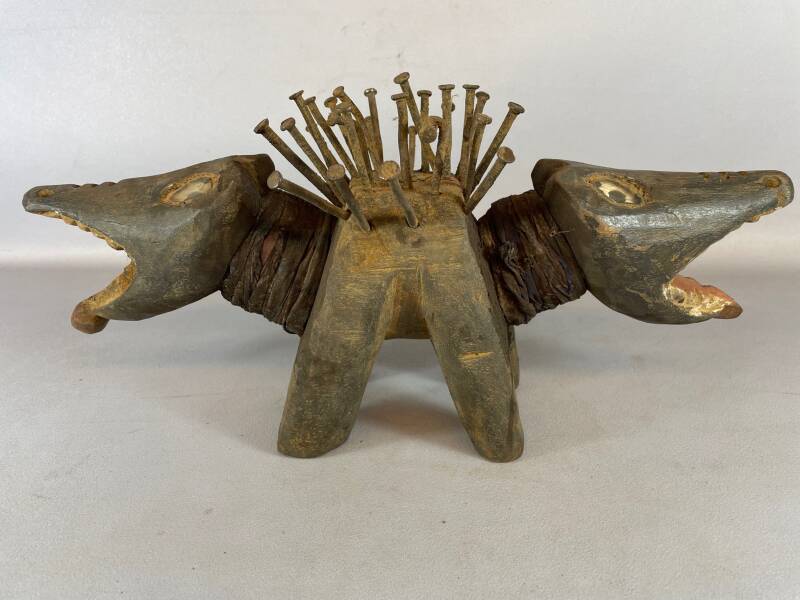 Hand carved from a single piece of wood with glass eyes and medical hole in the back.