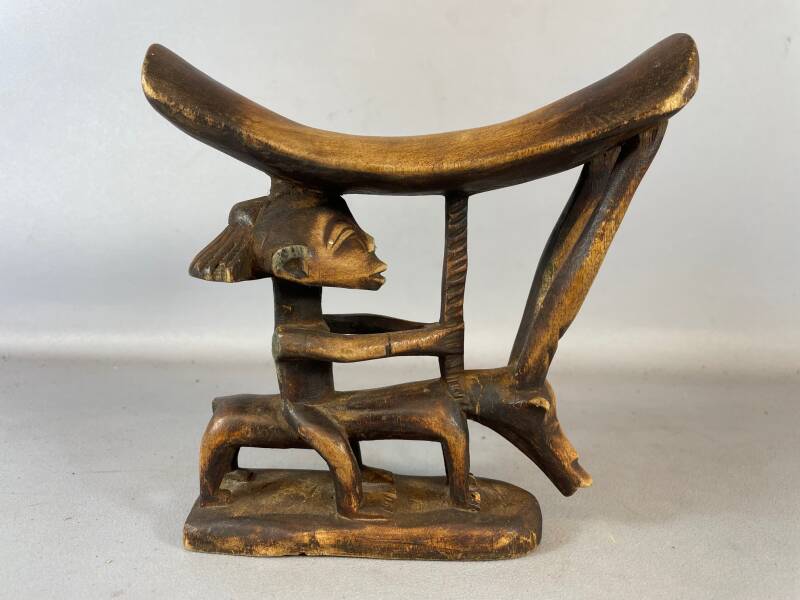 African Headrest from the Luba, Congo.