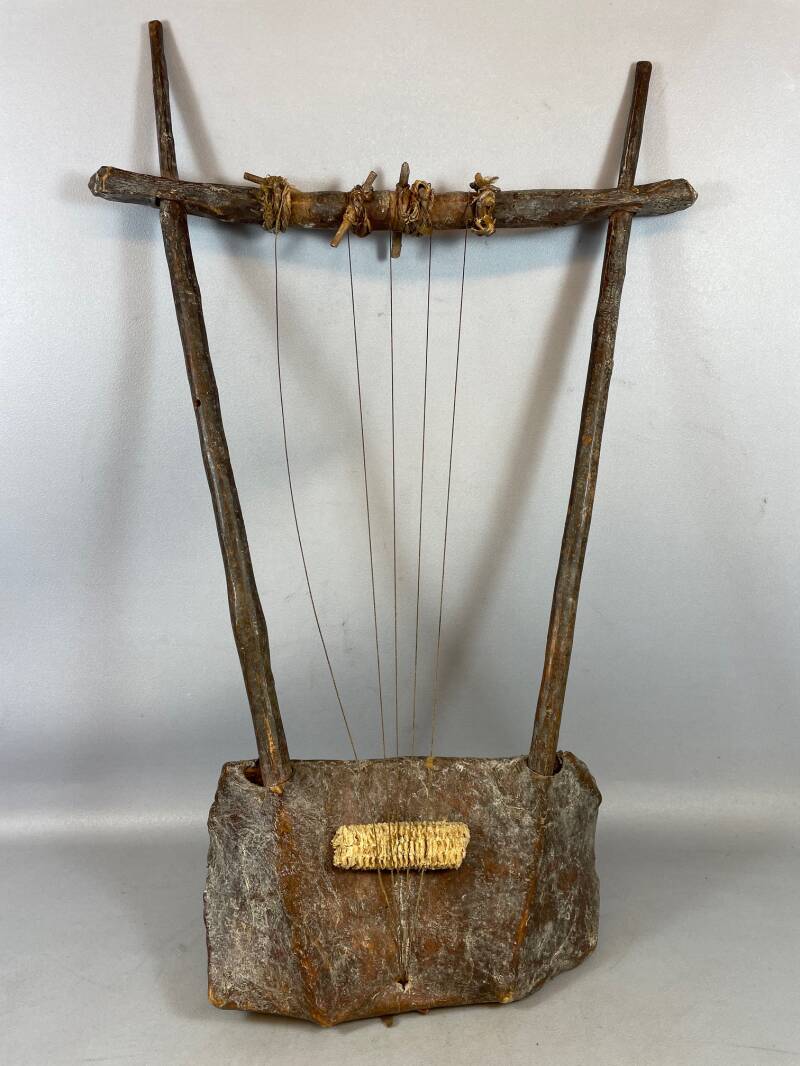 This wood and leather instrument has been vetted as being authentic with significant signs of use and age.

The krar is a bowl-lyre chordophone of the Amhara, Oromo, and Tigrinya, Afro-Asiatic-speaking peoples of northern and central Ethiopia and Eritrea. In the past it was associated with male, wandering, semi-professional village minstrels called azmari, but today the krar is also heard played by professional urban musicians, including females (listen to audio #1 and #2), and is taught in educational institutions. It is constructed in a variety of sizes with a range of neck-and-yoke designs that incorporate different types of tuning mechanisms. It can be played solo, in which case its performer is often also a singer, and is also heard in combination with groups of singers and other traditional and modern instruments. When incorporated into contemporary urban popular music ensembles, it can be amplified. The krar is considered a secular instrument and is often contrasted with the other main traditional Ethiopian lyre, the much larger, box-resonated begena (or beganna), which is viewed as a semi-sacred instrument because it is used to accompany verse and poetry praising God. Legend has it that, while the begena was given by God to the Biblical King David, the krar was a distorted imitation of it created by the scheming devil and given to mankind to play as they enjoyed worldly pleasures. The krar, therefore, can be referred to as “yesey Tan mesaria,” the “devil’s instrument.” (Kebede 1977, p. 381)