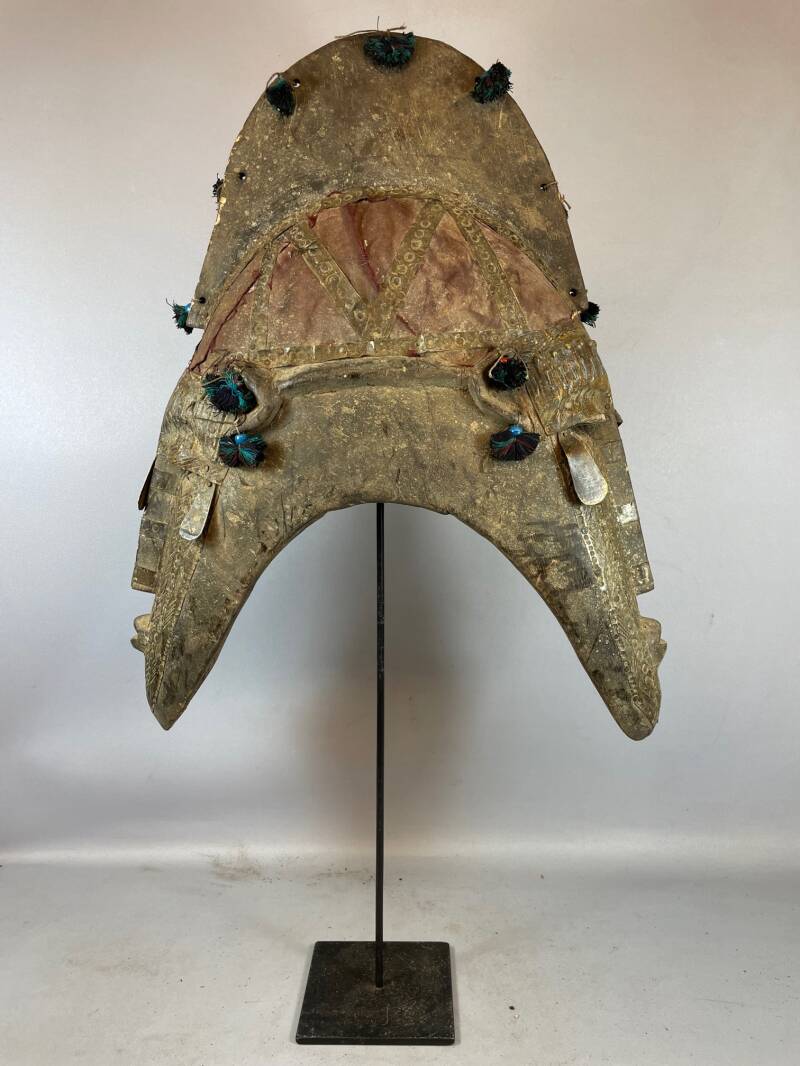 This type of masks is used in initiation ceremonies.

Hand carved from a single piece of wood and metall.

The Bambara numbering 2,500.000 million form the largest ethnic group within Mali. The triangle of the Bambara region, divided in two parts by the Niger River, constitutes the greater part of the western and southern Mali of today. The dry savanna permits no more than a subsistence economy, and the soil produces, with some difficulty, corn, millet, sorghum, rice, and beans. Their traditions include six male societies, each with its own type of mask. Initiation for men lasts for seven years and ends with their symbolic death and their rebirth. Nearly every Bambara man had to pass through these societies in succession, until, upon reaching the highest rank, he had acquired a comprehensive knowledge of ancestral traditions.

The jo society has become a sort of framework for other initiation society. Until a few decades ago, initiation was obligatory for every young man. Jo initiations take place every seven years, after candidates receive six years of special training. During this time, the young men go through a ritual death and live one week in the bush before returning to the village. There they publicly perform the dances and songsthey have learned in the bush, and receive small presents from spectators