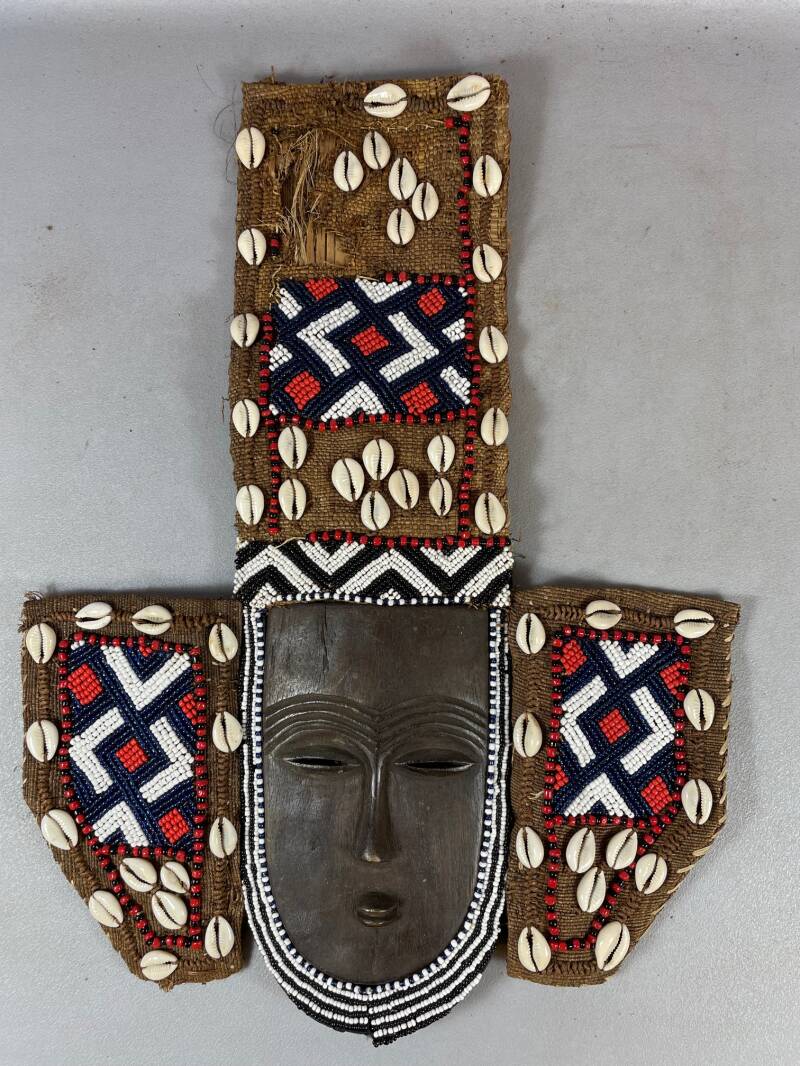 The specific identity of Bwoom varies according to different versions of the myth. He may represent the king's younger brother, a person of Twa descent or a commoner. The Bwoom masquerade embodies a subversive force within the royal court and is performed in defiance of the mask representing Woot.

The vast Kuba territory, comprising the entire southeastern part of the DRC, as far as Tanganyika and Lake Mweru, is uniform as regards language and culture, but racially mixed. Although the history of the Kuba people is one of violence and warfare, their artistic style is characterized by harmonious integration of organically related forms. The splendid artistic achievements of the Kuba are due to a felicitous intermingling of different racial and cultural elements, and to the high standards prevailing at the court. Kuba arts counts amongst the finest that Africa has to offer. Artists occupied a privileged place in the hierarchy. The Kuba artist carried a ceremonial ax on his shoulder, an emblem of prestige and of dignity of his position. Some apprentices would be recruited from among the deformed, who could neither hunt nor be warriors and who were believed to have a close connection.