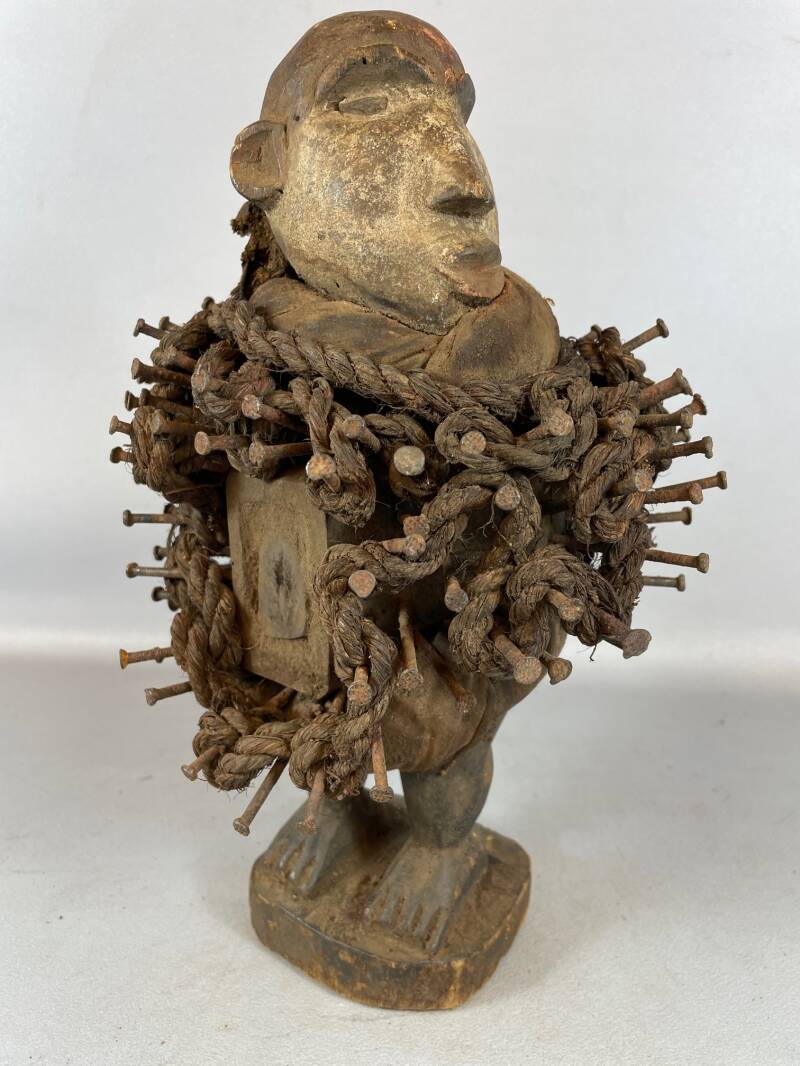 Nail and mirror fetishes are a unique and important phenomenon of Kongo sculpture. In the Kongo, all these fetishes are called nkisi. Nkisi means “medicine”. Historically, there were two types of nkisi, public and private, with some having vital democratizing roles, as sources of empowerment for rural residents and individuals outside the court. At most basic, the nkisi represents a container of empowering materials or “medicines” called bilongo. The magical substances may be blood along with animal, vegetable, and mineral matter. They are believed to invest the fetish figure with power and make it possible for the devotee to establish contact with the spirit. The “medicines” are generally secured in cavities in the stomach, head, or back to activate the work with the empowering agent. The nkisi, properly endowed with magic substances and additions by the nganga or doctor, had the power to act in a number of ways. There are four main types of nkisi, used for different purposes. Nkondi are fetishes of ill omen, usually brandishing a spear or a knife, while npezo are just as evil, but less menacing in attitude. Na moganga are benevolent figures, which protect against sickness and dangerous spirits. They help the hunter and the warrior; while mbula protect against witchcraft. All nkisi can be used for a variety of purposes and their meaning is ambivalent. The fetishes also may represent animals: two-headed dog, sometimes monkey.1