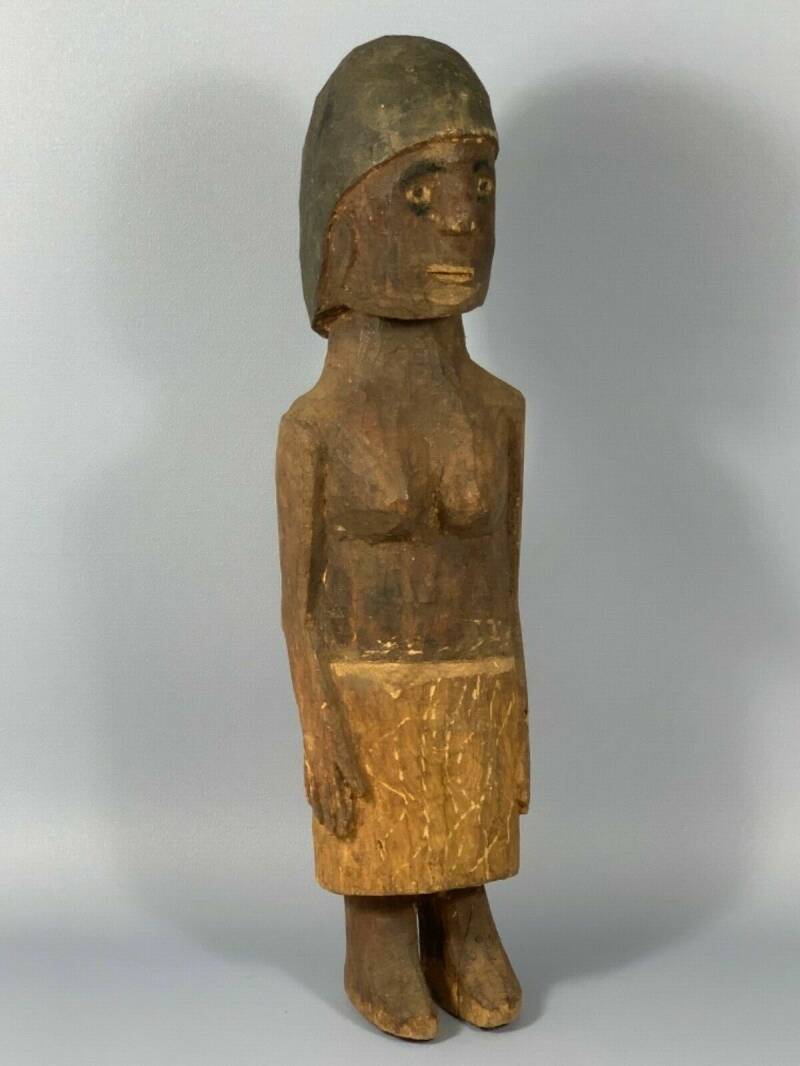 Ethiopia: Old and Rare Tribal used African Konso Grave statue.
Such small figures are used for protection on the graves in Ethiopia and East Africa.
Hand carved from a single piece of wood.
This Konso statue comes from the national museum in Addis Ababa
Height: 51 cm.