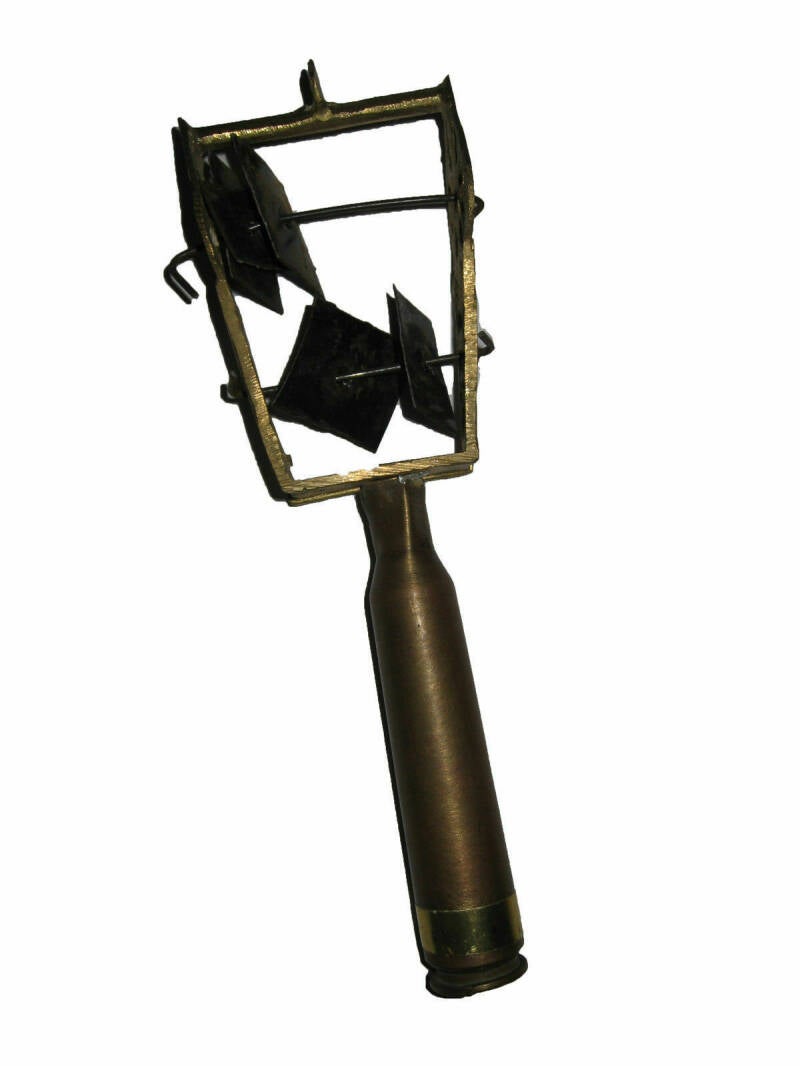 The sistrum was a sacred musical instrument in the ancient Ethiopian. Possibly, originating in the worship of the Bastet, the musical instrument was used in religious ceremonies and dances, especially in the worship of the goddess Hathor, with the U-shape of the instrument’s handle and frame seen as analogous to the face and horns of the cow goddess. The sistrum was also shaken to prevent the flooding of the Nile and to scare away set. Isis in her role as the creator and the mother was portrayed holding a pail symbolizing the flooding of the Nile, in one hand and the musical instrument in the other hand. The goddess Bast too is usuallyportrayed hilding a sistrum that is symbolizing her role as a goddess of dance, festivity and joy.
The musical instrument is still very much in use in the rites of the Coptic and Ethiopian churches.
The ancient Minoans also used the musical instrument, and a number of examples produced of local clay have been seen on the island of Crete. Five of these instrument was shown at the Archaeological Museum of the Agia Nikolaos. A sistrum is also portrayed on the Harvester Vase, an artifact that was found at the site of Agia Triada.