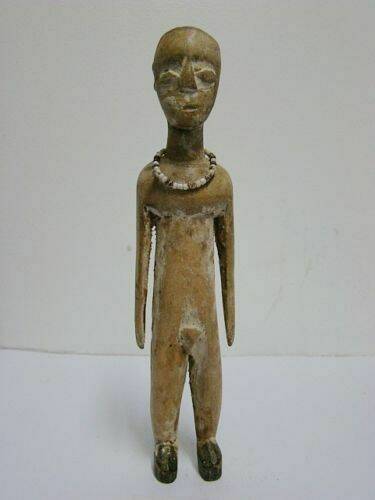 The Ewe, who live in southern Togo and Ghana are the eastern neighbors of Asante.
They are probably best known for their textiles and also for small wooden dolls called "venovi" or "venavi" which are used like the Yoruba people in Nigeria used Ibeji twin figurines, for protection of survivor after death of a twin.
Some scholars state that they are also used as children's dolls as well as sometimes used as fertility dolls by women who keep these dolls under their mattresses or were worn under the skirts of young women to ensure fertility.