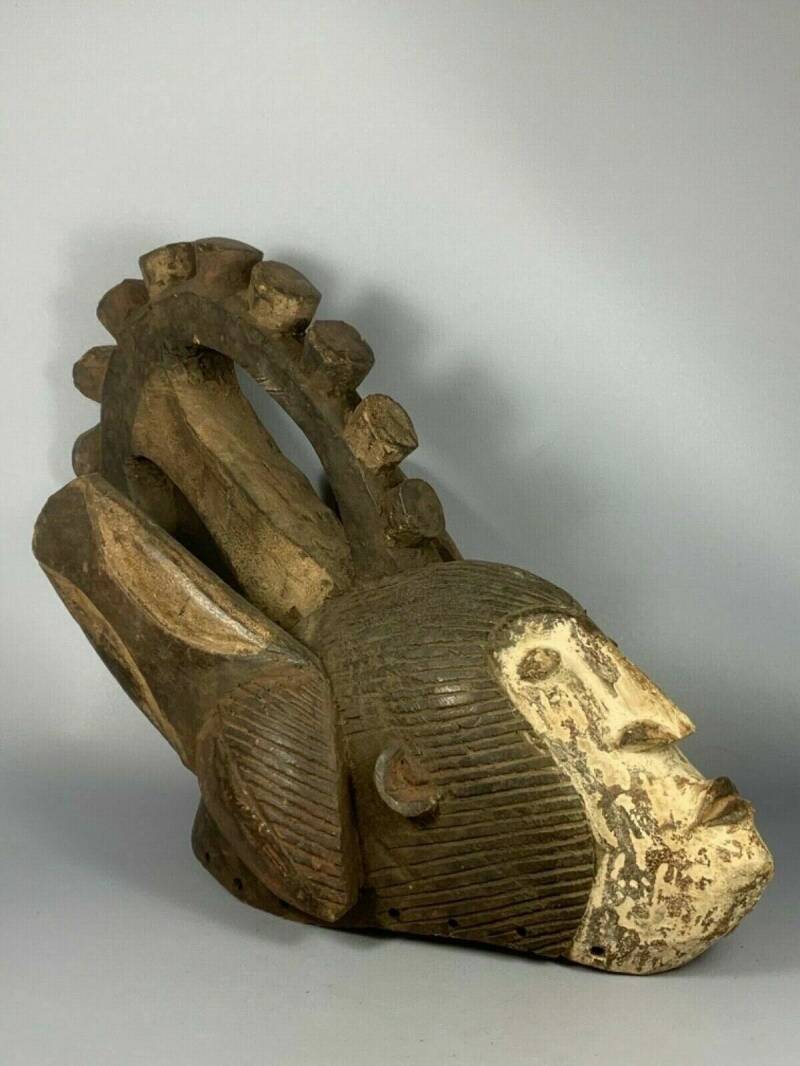 Very Old Tribal Used African Igbo Mask from Nigeria.
Hand carved from a single piece.
This mask is collected in 1949.
Height: 59 cm.
Living mainly in the forested areas of south-west Nigeria, on both sides of the Niger River the Igbo number some ten million individuals. Mainly farmers and merchants, they also hunt and fish. They are subdivided into thirty-three subgroups and are spread out among about two hundred villages scattered through the thick forest or semifertile marshland. Only on the northern and western edges of the area, under influence from Igala and Benin, are hereditary rulers found. The heads of families form the council of elders, which shares its power with numerous secret societies. These societies exercise great political and social influence. They are highly hierarchical, their members passing from one level to the next. There is strong social pressure toward individual distinction, and men can move upward through successive grades by demonstrating their achievements and their generosity.