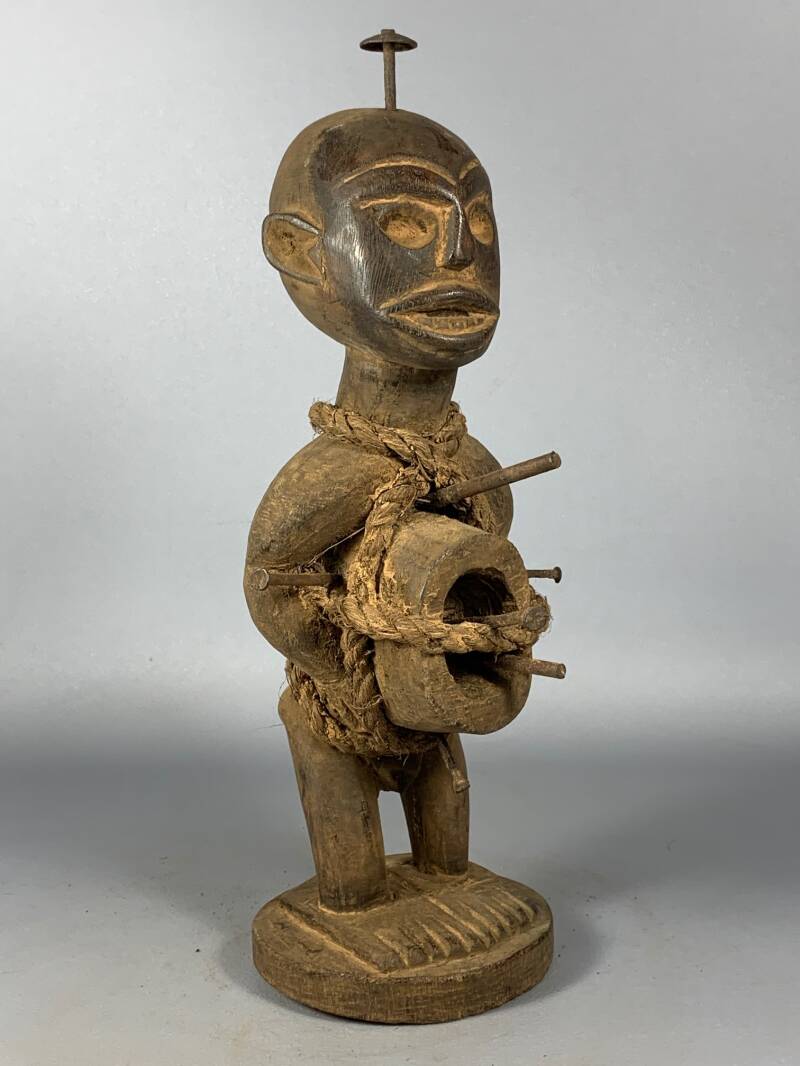 The Kongo people (Kongo: Esikongo, singular: Mwisikongo; also Bakongo, singular: Mukongo) are a Bantu ethnic group primarily defined as the speakers of Kikongo (Kongo languages).
They have lived along the Atlantic coast of Central Africa, in a region that by the 15th century was a centralized and well-organized Kingdom of Kongo, but is now a part of three countries. Their highest concentrations are found south of Pointe-Noire in the Republic of the Congo, southwest of Pool Malebo and west of the Kwango River in the Democratic Republic of the Congo, north of Luanda, Angola and southwest Gabon. They are the largest ethnic group in the Democratic Republic of Congo, and one of the major ethnic groups in the other two countries they are found in. In 1975, the Kongo population was reported as 4,040,000.
The Kongo people were among the earliest sub-Saharan Africans to welcome Portuguese traders in 1483 CE, and began converting to Catholicism in the late 15th century. They were among the first to protest slavery in letters to the King of Portugal in the 1510s and 1520s, then succumbed to the demands for slaves from the Portuguese through the 16th century. The Kongo people were a part of the major slave raiding, capture and export trade of African slaves to the European colonial interests in 17th and 18th century. The slave raids, colonial wars and the 19th-century Scramble for Africa split the Kongo people into Portuguese, Belgian and French parts. In the early 20th century, they became one of the most active ethnic groups in the efforts to decolonize Africa, helping liberate the three nations to self governance. They now occupy influential positions in the politics, administration and business operations in the three countries they are most found in.