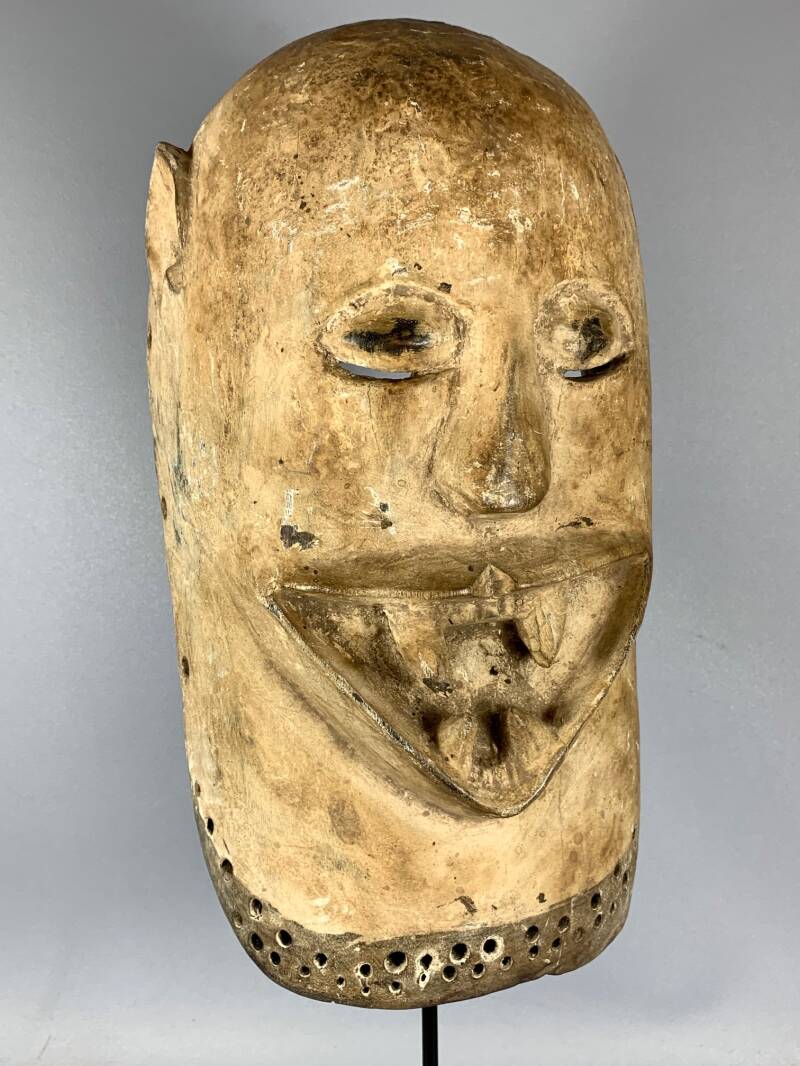 Epa mask is a ceremonial mask worn by the Yoruba people of Nigeria during the Epa masquerade.
Epa is an ancient category of ancestral commemoration masks that are performed by members of age-grade societies (in which individuals pass through certain stages at specific ages in life) during feasts marking the annual agricultural cycle, or presented during the post-burial rites for titled men. Epa masks typically represent dignitaries, ancestral spirits, gods, and cultural heroes.
Some are astonishingly elaborate with many figures, and can weigh up to seventy pounds. Each mask is associated with a distinctive dress and style of dance, which may range from slow and powerful to highly energetic. The most important masks are stored in shrines where they are ritually fed to increase their power and efficacy. Over time they become encrusted with sacrificial millet-gruel, feathers, and blood.
Whereas the majority of Epa-related masks are naturalistic in style and almost classic in their refinement, this example has been greatly abstracted, as if to give expression to the brutality of war, the courage and nobility of a great warrior, and the awesome power of Ogún, the Yoruba god of iron, hunting, and war. Ogún is revered for his power to create and destroy. Here he is portrayed as the very image of death. This mask is from the center for the cult of the god Ogún in the Oye Ekiti region in Nigeria.