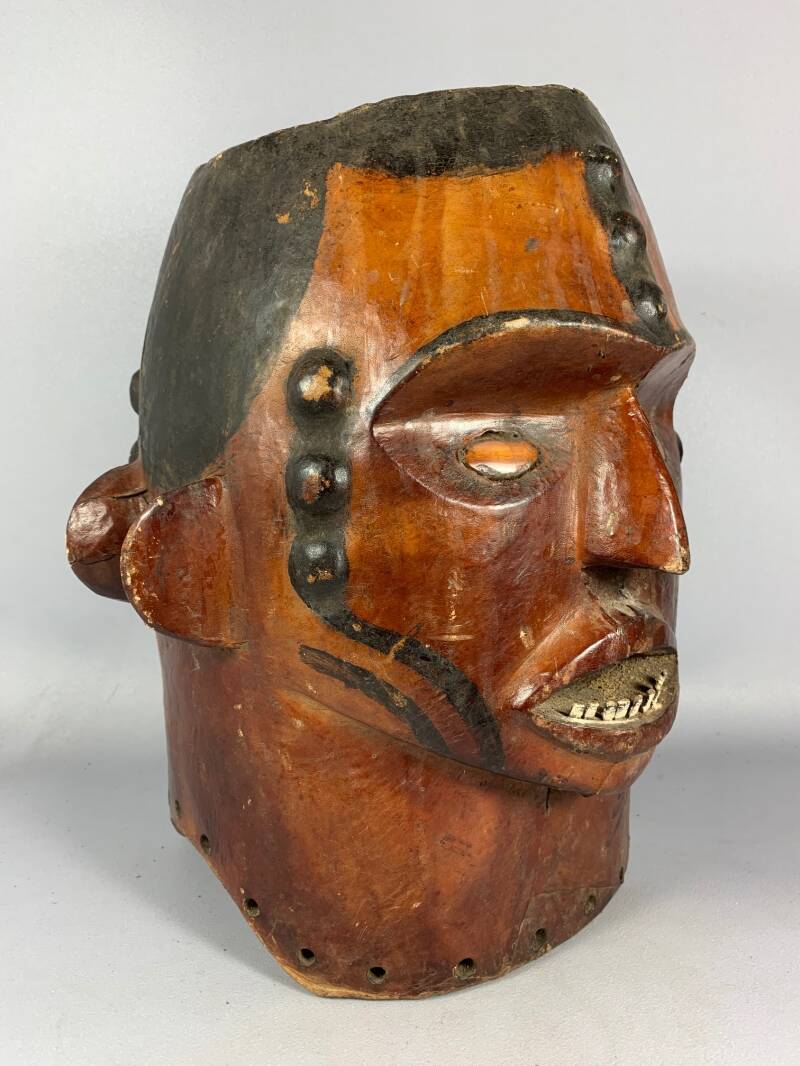 A wonderful Janus Head Crest known as Ngbe worn by members of Leopard Society among the Ejagham (also known as Ekoi) from Nigeria Nigeria.
A number of different groups living within close proximity to the Cross River share language, political and religious structures which influences their arts. Though generally ruled by a local elder Cross River societies depend to a great extent upon a number of men’s secret societies to regulate the community and to instruct and initiate men into various levels of their organization. The Ejagham identified as the Ekoi in the past have a men’s secret society called Ngbe, whose members are known for wearing large skin covered masks worn over costumes covering the body. Each Ngbe chapter would have a lodge within which a range of ritual equipment was kept including masks. Ngbe membership was originally identified with a warrior’s society on the Cameroon side of the Cross River region, however today Ngbe members are engaged in social control and political activities. Ngbe members use ritual equipment to initiate new members and celebrates their lives during funerals. Crest masks such as this one were worn on the top of the head attached to a basketry cap.
See similar head crests in Marcilene K. Wittmer and William Arnett. Three Rivers of Nigeria . Art of the Lower Niger, Cross and Benue. From the Collection of William and Robert Arnett. The high Museum of Art. Atlanta. Georgia. 1978, Fig. 184, p. 78

This Ekoi head mask are from a Belgium collector and is collected in end 19th century.