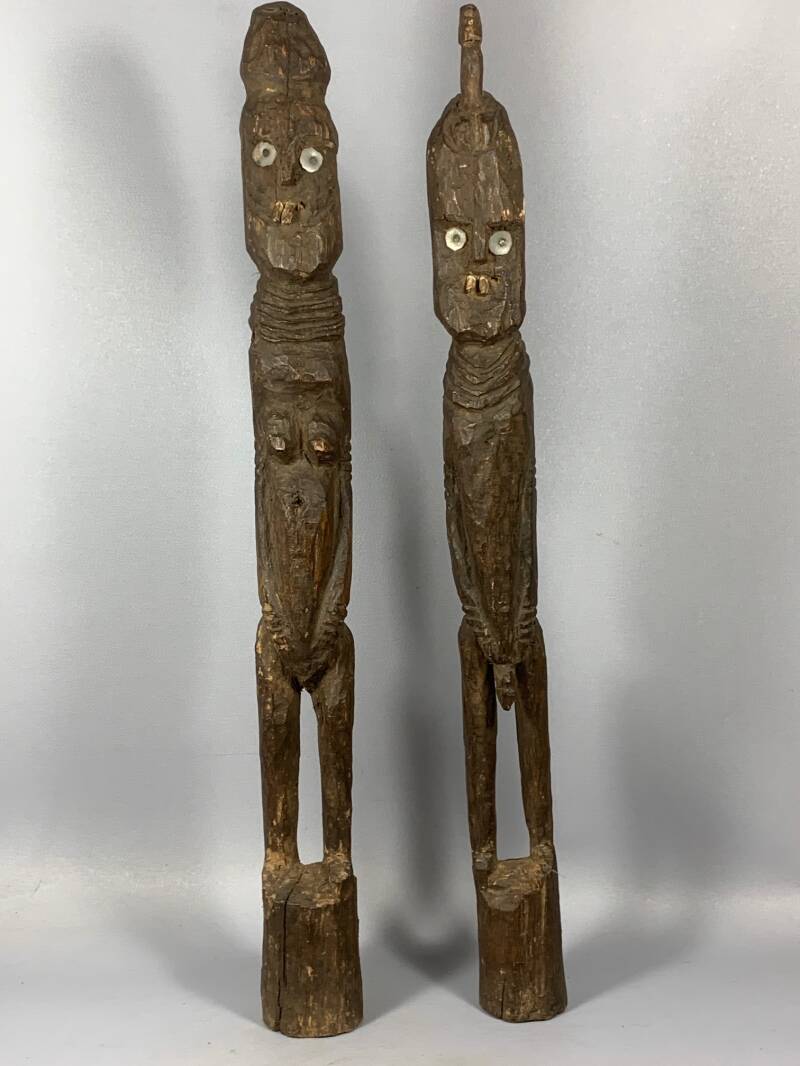 Such small figures are used for protection on the graves in Ethiopia and East Africa.

The traditional forests are used as burial places for ritual leaders and for medicinal purposes. Wooden anthropomorphic statues (waka), carved out of wood and mimicking the deceased, are erected as grave markers. The Konso of Ethiopia carve simple, elongated figures as part of sculptural groupings honoring the memory of prominent men. The groupings may include representations of the deceased, his wife, his defeated enemies, and even animals that he killed.