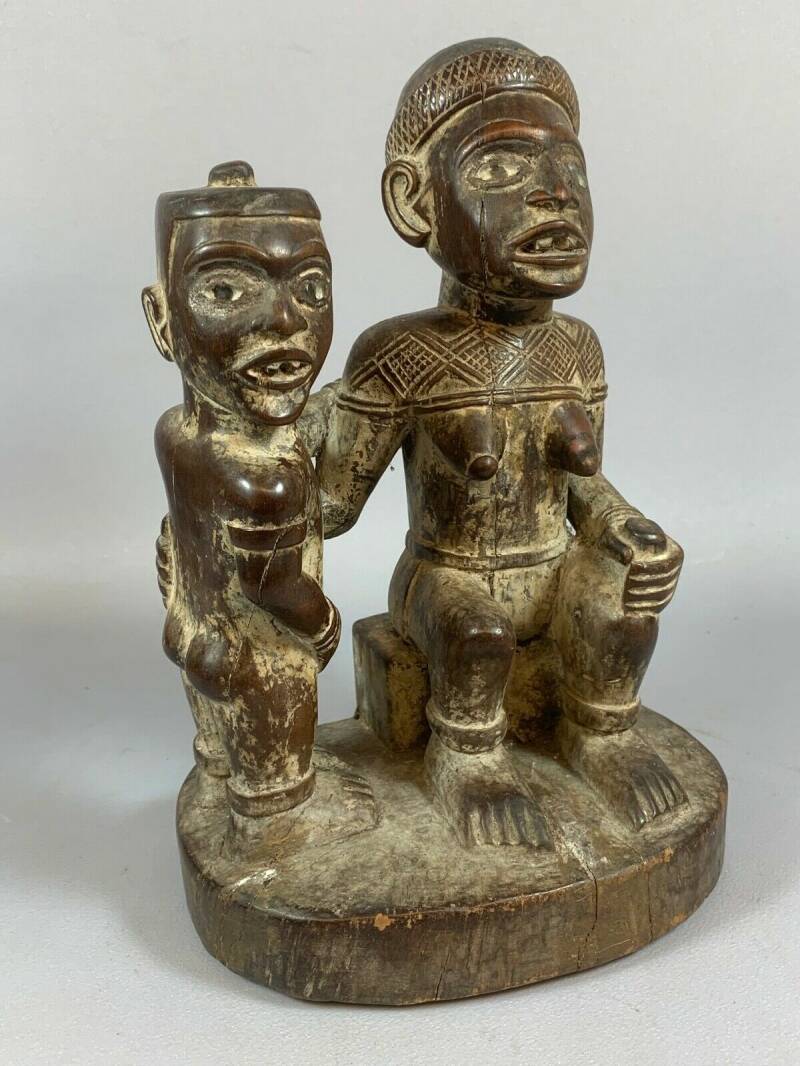 Hand carved from a single piece of hardwood, with really glass eyes.

Mayumbe is watered by many rivers with swift currents in its hilly and mountainous regions. The three largest are the Shiloango River and two of its main tributaries, the Lukula River and the Lubuzi River.