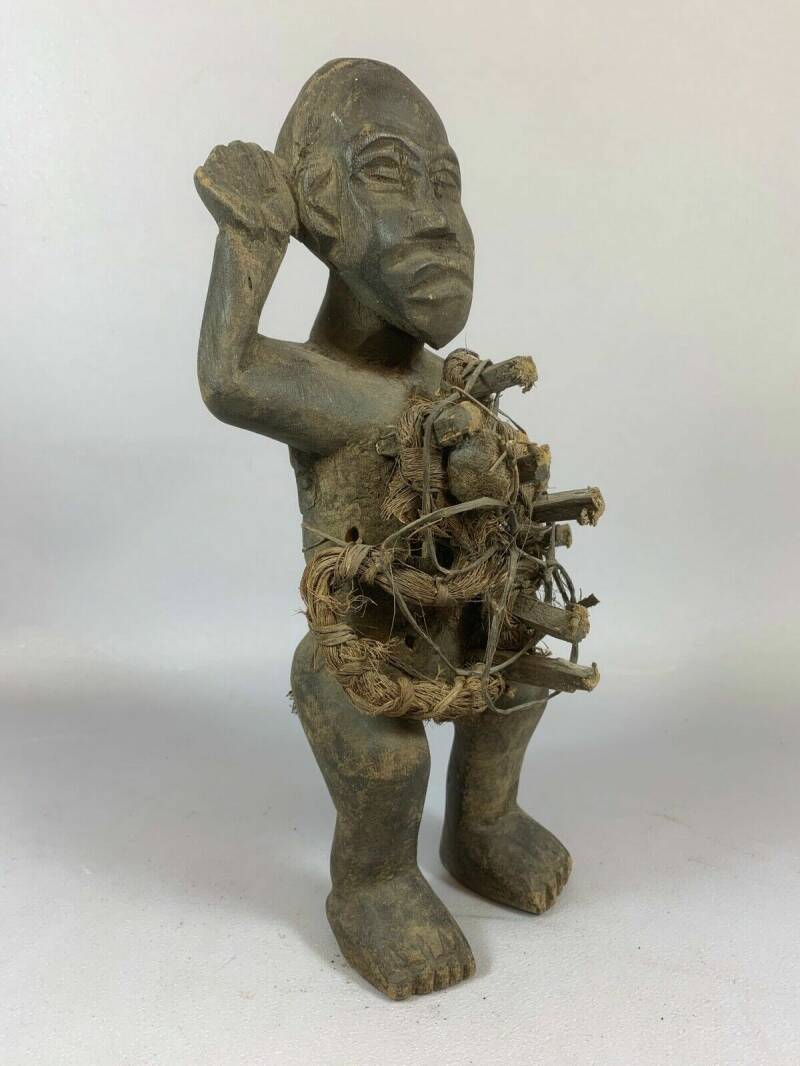 Hand carved from a single piece of wood, with color pigments and rope.

The supreme deity of the Yombe is Ngoma Bunzi, who hails from an unreachable realm called Yulu. He is contacted via Nzambi a Tsi (earth spirits) and Simbi (river spirits). The Yombe people build shrines as memorials to prominent ancestors, such as village chiefs who has special powers. The Yombe people of northern Zambia believe that people have three different identities: biological, social, and spiritual. Their social standing affects the type of funeral which might be given.1