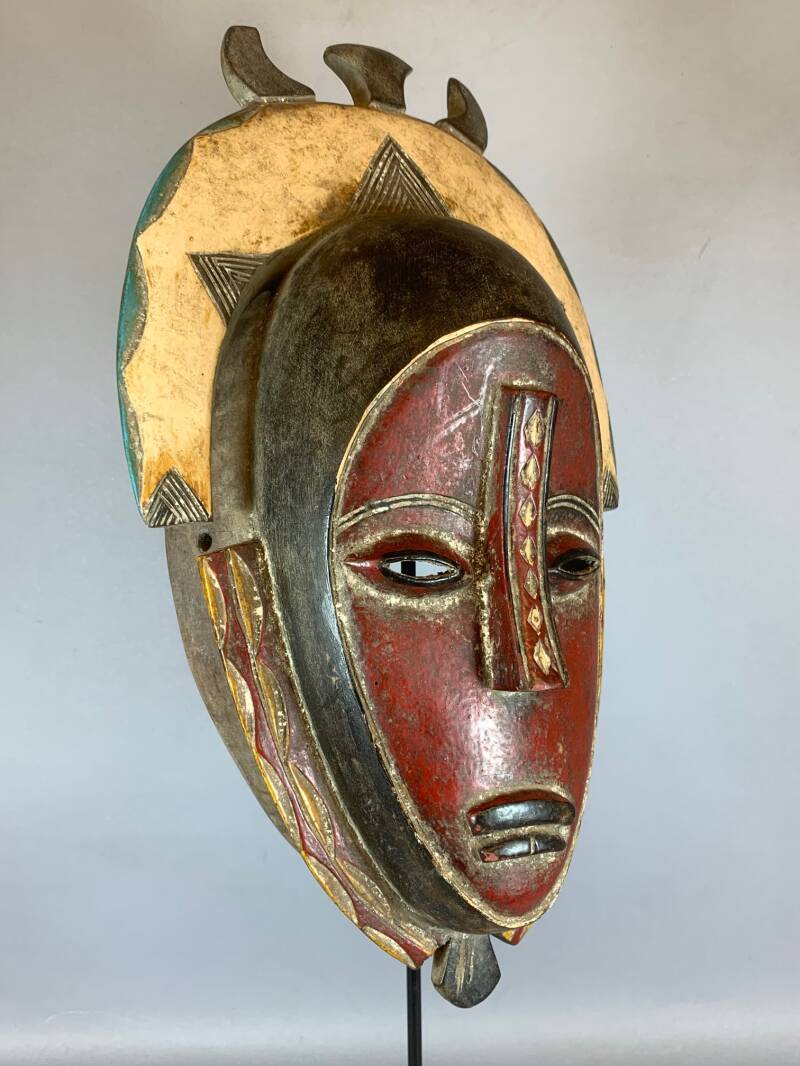 Hand carved from a single piece of wood, with color pigments

The Guro people numbering about 200,000 live in the interior part of the country, surrounded by tropical rainforests and wooden savanna. They are sedentary farmers. The daily life of the Guro is dominated by secret societies and by a belief in protective spirits, to whom the Guro used to build shrines and figures. The Guro have a very pronounced artistic sense. The best-known cult among the Guro relates to a group of masks that is considered a family. It consists of several animal masks and gu, a woman mask. Gu, who is usually thought of as zamble’s wife performs during the ceremony for resolving quarrels and detecting sorcerers, or dances at funerals and other ceremonies. Zamble is a creature combining the features of hyena, crocodile or leopard, and antelope. During her performance, which is accompanied only by flute music, gu moves slowly and gracefully, singing songs in honor of zamble. The theme of woman and snake has been apparently borrowed from the Guro mythology.