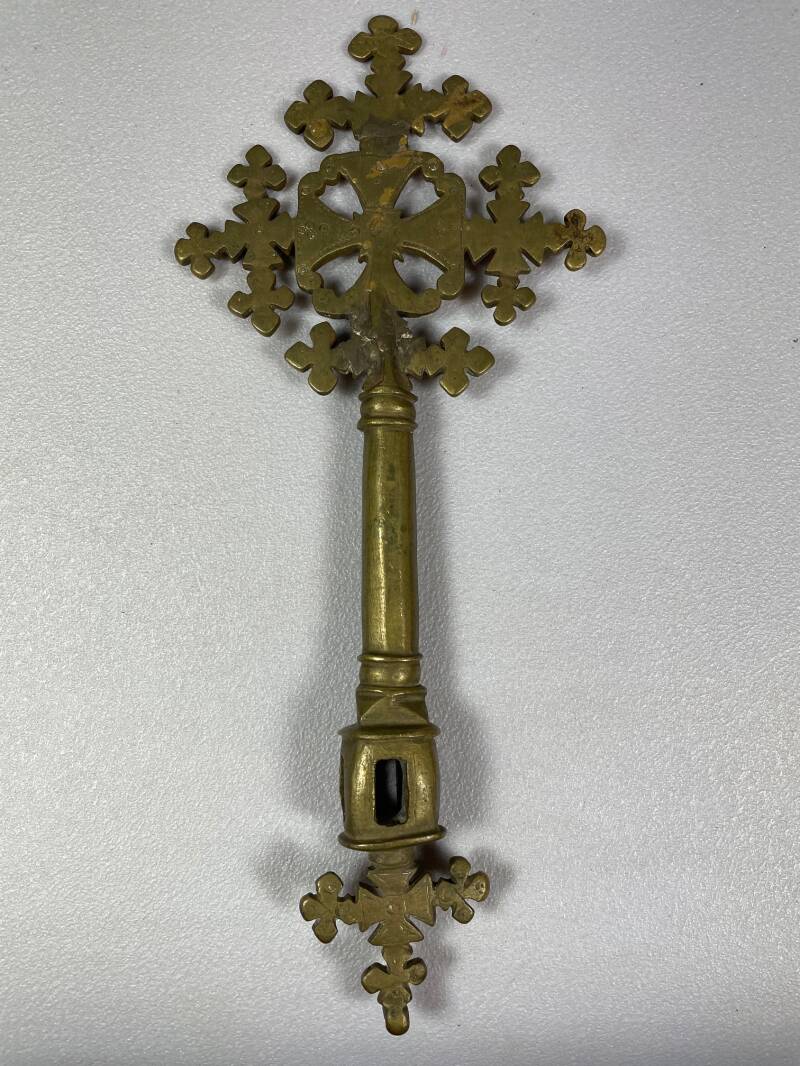 and is from begin 20th century.

This cross is on 2 places tribal repaired.

For the ethiopian church the cross is not only a symbol for Christi suffering and death, is more importantly still its meaning than indications of the resurrection.

The cross often steps a releasing and before the bad one protecting effect into ethiopian representations to the place of the crucifixion and expresses not only admiration for the dead Christ, but fulfilled as icon also. This function is expressed clearly in the prayer with the designation " The protective wall of the Crosses ". The multiplicity process ion crosses carried by priests with services and religious meetings produces atmosphere of the sacralen and the release and points to the believer symbolically its life way. Process ion crosses are manufactured in the wax fuse procedure12