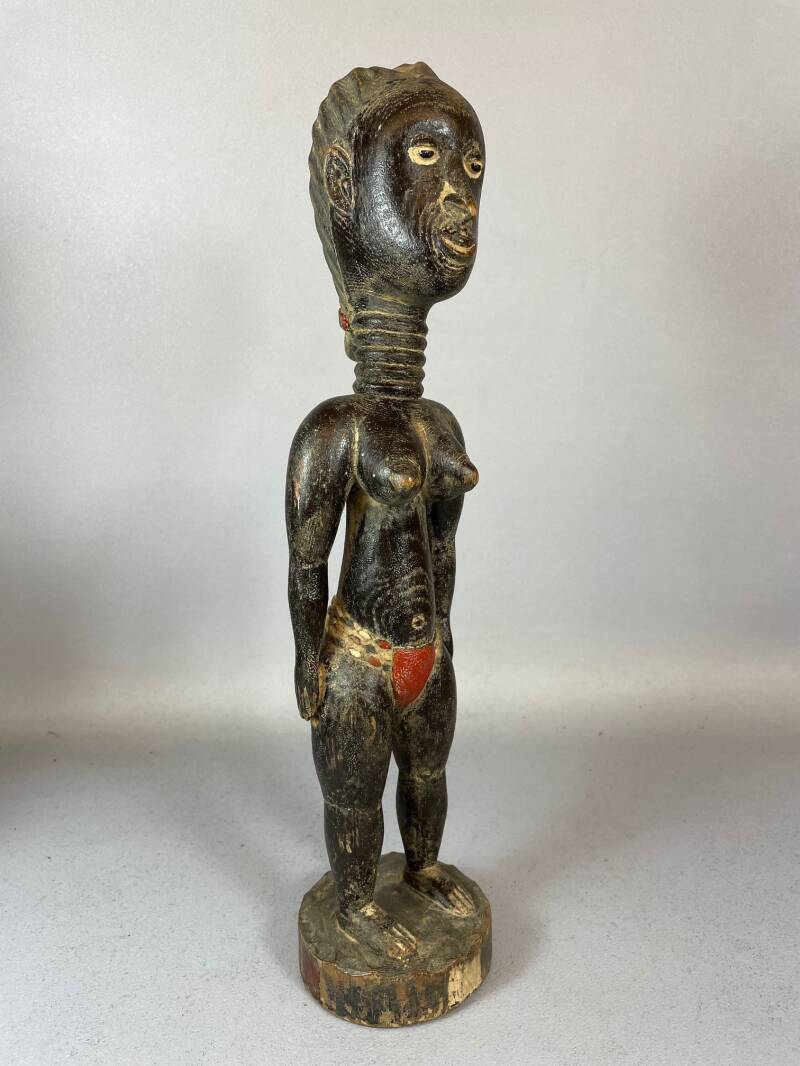 The Agnis people (or Anyi) are an Akan people from West Africa. There are approximately 1,200,000 of them, mainly in the Ivory Coast. They also live in Ghana.They were the first people, in this region, to have come into contact with the European colonizers during the 18th century.

The Agnis people originated from the Nile River Valley. They have kept the name of the first verified tribe to have founded Ta-Mery (The Beloved Land, in Lower Egypt): The Anis, coming from Ta-Khent (Land of the beginning, in Ancient Ethiopia), which is also called Ta-Neter (The divine land). Agnis kings held the title of Amon, name of the demiurgic figure in Egyptian cosmogony: Amon Azenia (16th century), Amon Tiffou (17th century), Amon Aguire (19th century).

At the beginning of the 18th century, the first Agnis, coming from the Ashanti kingdom from Ghana, crossed the Ivorian frontier with another group of Akans. When they got to the Aby lagoon, they founded the Indenie kingdom, the Sanwi kingdom as well as the Moronous kingdom with the Mrôfo Agnis. It is important to note that other subgroups exist, like the Agnis-Assonvon near Ebilassokro, in the East of the Ivory Coast.

The Anyi live in loose neighborhoods of family housing complexes which are generally spread apart. Funerary images and monuments are the preferred forms of art of the Anyi. A family often displays its affluence through the decadence of its memorials as greater beauty is thought to indicate greater respect to those being memorialized.

The Anyi follow a traditional belief Akan religion and also Islam and Christianity. In the traditional belief Akan religion living one's life so that one will be remembered and respected as an ancestor is a primary motivations. Their religious system is based upon the continued honoring of one's departed ancestors. When a person passes away an elaborate ceremony follows, involving ritual washing, dressing the deceased in fine garments and gold jewelry to be laid in state for up to three days, and a mourning period that allows the family and community to show their respect for the departed in order to guarantee a welcome into the spirit world.

Among the Agnis people, the féticheur is called Kômian. In the Akan societies of Ghana and on the Ivorian Coast, Kômian qualifies everyone with a knowledge of the occult. Kômians can teach their knowledge to the monarchs or predict the future. Their magical/religious trances allow them to learn concepts that a mere mortal would never be able to. Kômians are gathered in secret societies.