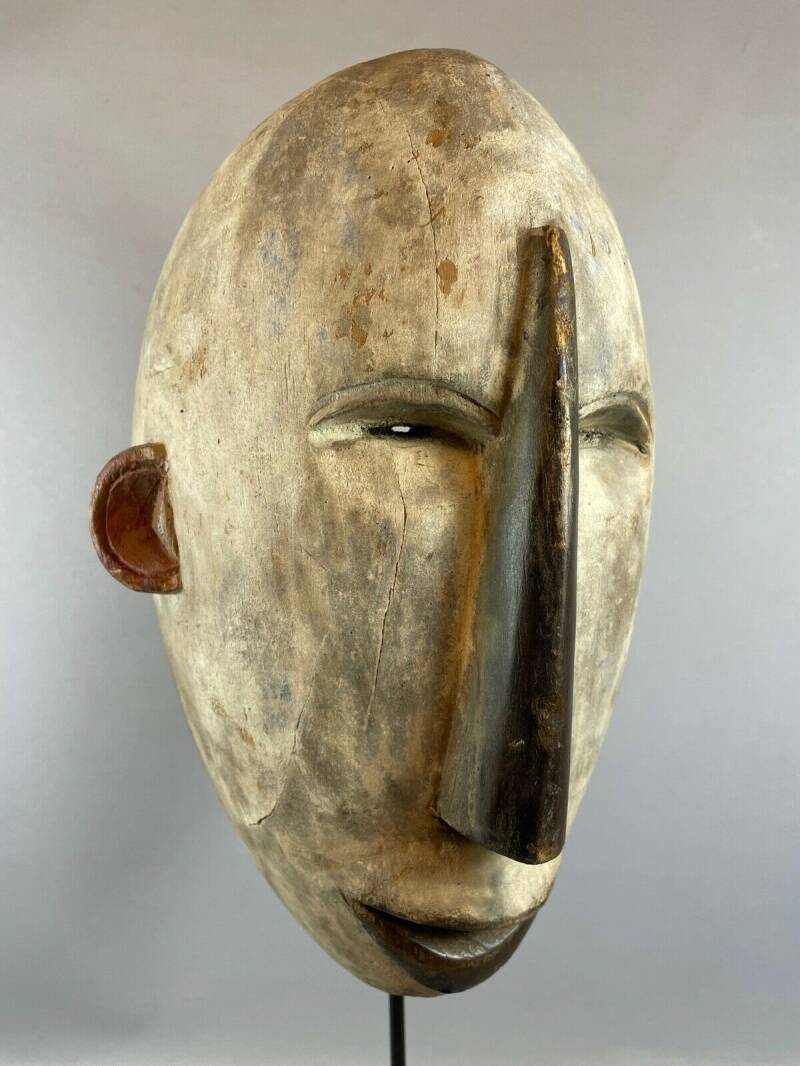 Inhabiting the southeast of Tanzania and the northeast of Mozambique are about 500,000 Makonde, divided into matrilineal clans, each one comprising several villages. Decisions are made by a chief supported by a council. Clan members meet only for the ancestral cult and to celebrate initiations.

According to legend, shortly after the Creation, the first man, wandering around outside the bush, sculpted a female figure out of wood, and the statue became a real woman who gave him many children and, after her death, became the venerated ancestress of the Makonde. This accounts for the ancestress cult as well as the profusion of sculpted female figures, kept in huts.

In the traditional homelands of the Makonde the primary source of food comes from slash and burn farming. Crops include maize, sorghum, and cassava. This is often supplemented by hunting.

The precolonial Makonde lived in dispersed settlements. Each settlement was composed of a small number of households headed by men belonging to a matrilineal kinship unit called a likola. A likola was said to derive from a common female ancestor, revered as a life-giver and protector, who was represented by figurines only a few inches tall. Carved from soft wood, the images were embellished with traditional body decoration: the face and torso had geometrical designs, and the upper lip exhibited the lip-plug worn by Makonde women of the time. People often carried such carvings with them on long journeys. For example, a man going out to hunt might have tied one to his back or hip to protect him from danger. Other carvings served educational purposes. One of the most important events in the life of a Makonde was initiation. During this intensive months-long ritual, girls and boys were provided with knowledge and skills essential to the Makonde way of life. Carvings sometimes functioned as teaching tools in the context.

The most important carving used in initiation ceremonies was the lipiko (or mapiko) mask, which was worn over the top of the head, tilted back so the wearer could look out through the mouth. The masks sometimes represent ancestral spirits, sometimes animals. The ancestors come back masked in order to express their joy at the successful achievement of initiation. Their presence is proof of the tight bonds that exist between the living and the dead. The Makonde masks may attain great expressiveness. Some are simple in form, with static concave planes; others display an organically sensed rounded style. The naturalism is exaggerated in many masks, with their full lips and receding cranium. The faces of the masks are often scarified. The Makonde have two main types of masks: helmet crests, known as lipiko, and face masks. The anthropomorphic face masks portray particular individuals or occasionally represent sickness. Design elements frequently include scarification marks, and eyebrows, lashes and coiffure made of real hair affixed with wax. The helmet masks have strong, Negroid features. Male masks have beards, female ones lip-plugs and – a travesty of the male dancer – body masks in which two breasts are depicted in the middle of the wax tattoos. The body masks celebrate the return of young men to the village after they have been initiated into adult life. The men who wear them cover their faces with a mask of a feminine face. They represent pregnant women. The feminine mask dances with great composure while a masculine mask dramatizes the pains of childbirth. An orchestra of drummers accompanies the dances. Certain masks must inspire terror in the women, who may only view their apparition with their upper body bent over and their head facing down towards the ground. Animal masks are provided with long ears and horns, and dancers in ape masks turn acrobatic somersaults. The Makonde are almost the only ethnicity in East Africa to create fairly naturalistic sculptures – primarily maternity figures, which are intended to ensure the fertility of the fields and women. The upper lip of the female figurine is elongated by a labret. The standing figures often have the arms separated from the body. These male and female figures represent ancestors, and have apotropaic functions. Famous, too, are the milete: small wooden boxes for medicines, snuff or gunpowder, the lids of which bear pretty motifs of rosettes and animal figures.