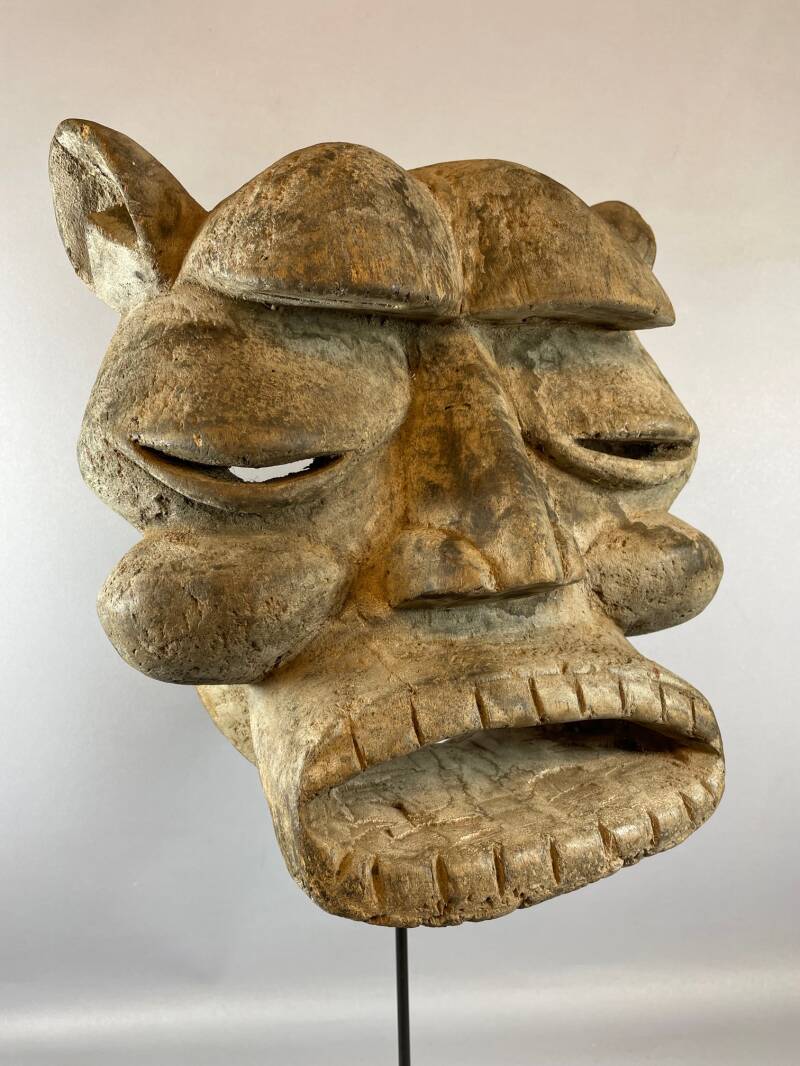 Settled in the northwest of Liberia, western Sierra Leone, and eastern Guinea, the 200,000 Toma live in the high-altitude rain forest. They organized their political and religious life around the poro association. This society was, among other things, responsible for the initiation of young boys that took place in the forest, which is particularly dense in the land of the Toma. When called forth by the landai (landa), a large mask, the future initiates would leave “on retreat” for the forest for a month. The landai, a horizontal unusually free, abstract wooden mask, has the mouth of a crocodile on which human features have been sculpted: a straight nose underneath arched eyebrows. The jaw is sometimes articulated, sometimes depicted by a horizontal line that creates a second volume perpendicular to the first. The top is surmounted by a headdress of feathers and the wearer looks through the snout. The largest known landai mask was 1.82 m in height. Its frightening image represented the major forest spirit which made manifest the power of poro; one of its duties was symbolically to devour boys at the end of their initiation period in order to give them rebirth as men. Only men wore these masks, which were fitted over the wearer's head horizontally.

The bakrogui, more common and less secret than the landai, are smaller masks that come in couples. The mask consists of a vertical panel upon which human features have been inscribed, a bulging nose and forehead, a beard, and tubular eyes or eyes heightened by metal disks. This mask may be seen only by members of the poro. Each mask may be thought of as the spiritual dwelling of an ancestor.2