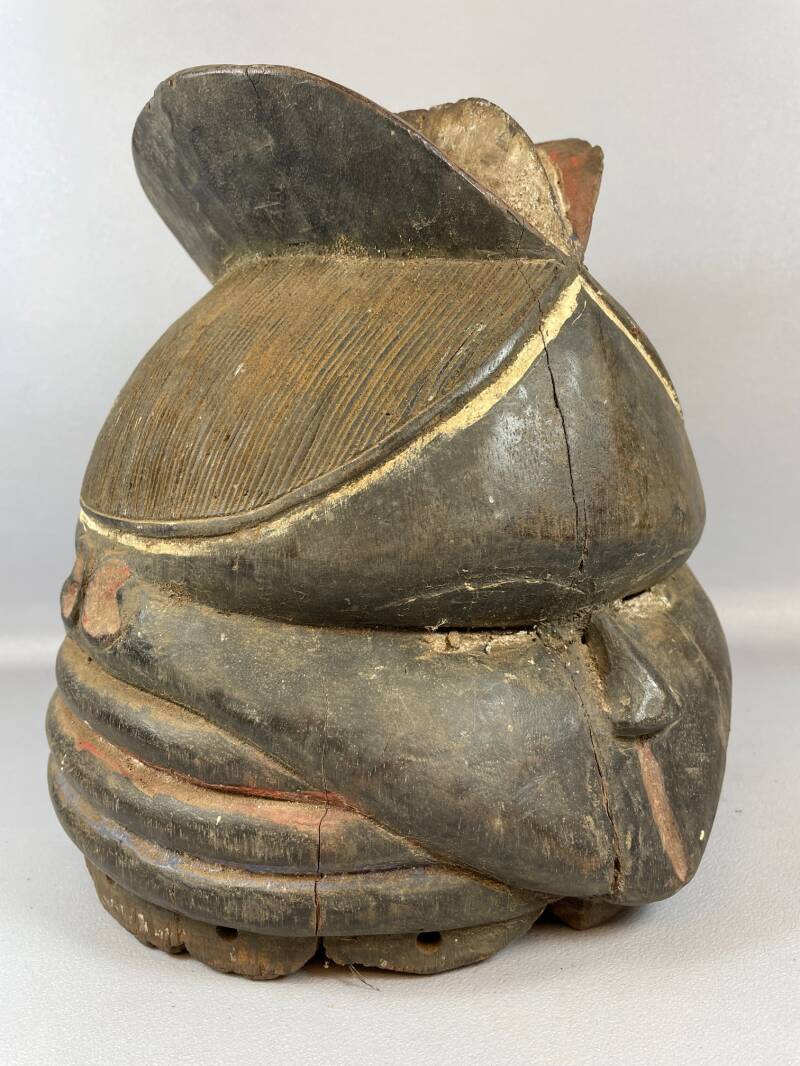 Most Mende art is associated with initiation and healing and includes wooden masks, twin figures, and medicine objects. Utilitarian objects such as heddle pulleys are decorated with carved heads or other beautiful designs.

The Mende language is closely related to the Mande language group, indicating that the Mende migrated from the Sudan to the north. The oral traditions of the Mende tell of a peaceful migration into the area that may have spanned the period from 200 to 1500 A.D. Cultural and physical differences among the Mende suggest that immigrants may have originated from more than one source. This could also be a result of intermarriage with the peoples who had already lived in the area. Artistic traditions link them closely to the coastal Bullom peoples, a phenomenon which most likely resulted from the Mende borrowing ideas they found to be useful in their own society.

There are two main educational societies among the Mende which are divided by gender. They are the Poro, for men, and the Sande, for women, and are open to anyone in the community. They have earned the misnomer secret societies because some of their actions are hidden from the eyes of uninitiated children and members of the opposite sex. Their existence and purpose is known to all members of society. The primary role of both is to teach individuals about the expectations of the community. Such organizations function to institute community morals and act as a very efficient means of social control.

Ngewo is the creator and ruler of the universe and is assisted by the ancestors and other Nga-fa (spirits). Both are appealed to for protection and fertility for the community and the individual. All manifestation of the spirit, including the masks that are performed for religious ceremonies, are considered Nga-fa. The masks are carved to be aesthetically pleasing to the spirits. It is hoped that through its continual use the spirits will agree to embody the dancer during the ceremony. Interestingly, the Bondu helmet mask, which is associated with the Sande society and is found throughout Sierra Leone and western Liberia among numerous ethnic groups, is the only known masking tradition in Africa exclusively worn by women. Although women throughout Africa often act as intermediaries between the spirit world and the earthly world, there are no other known examples of women using masks.