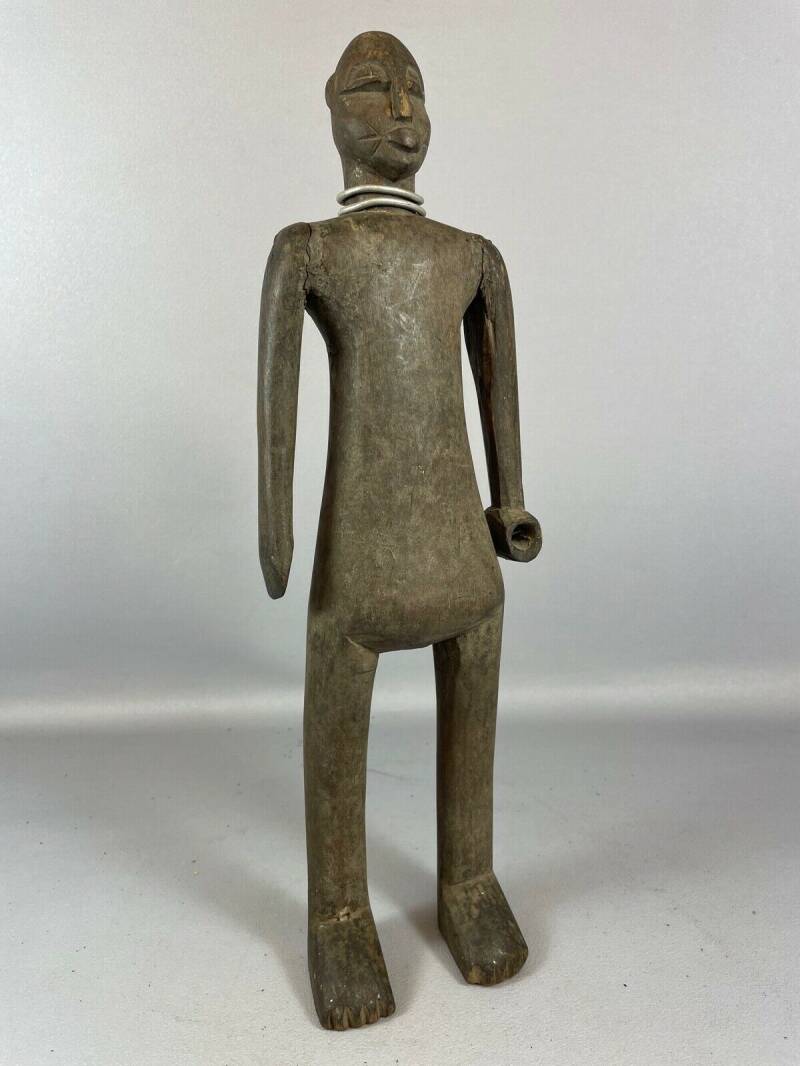 “The 500,000 Nyamwezi people, whose name means either “Men of the West’ or ‘Men of the Moon’, are the largest ethnic group living in Tanzania. Socially, they are organized into villages which correspond to small chiefdoms and each chief is responsible for the material wealth of the village, while the spiritual welfare is governed by the village sorcerer. The cult of ancestors, which protects each family, plays an important role in the religious life of Nyamwezi people.

Nyamwezi carvers are known for their thrones which are designed with a circular seat supported by three convex legs, sometimes alternating with three pegs. in some cases, the high plain backrest is decorated wit a female figure, a head or with incised geometric motifs.

Nyamwezi carvers are also famous for their figures which are usually carved out from a dark, heavy wood with a shiny surface. They tend to have elongated features with the statue’s face divided into two planes and the eyes inset with circular white beads. Such elongated figures with distorted limbs were used in water divination ceremonies. The same dark wood from which they carve their statues is used by the Nyamwezi to produce masks with elongated features and domed foreheads. Small objects for everyday and magical use – combs, horns or calabashes – also feature in the work of Nyamwezi carvers.”