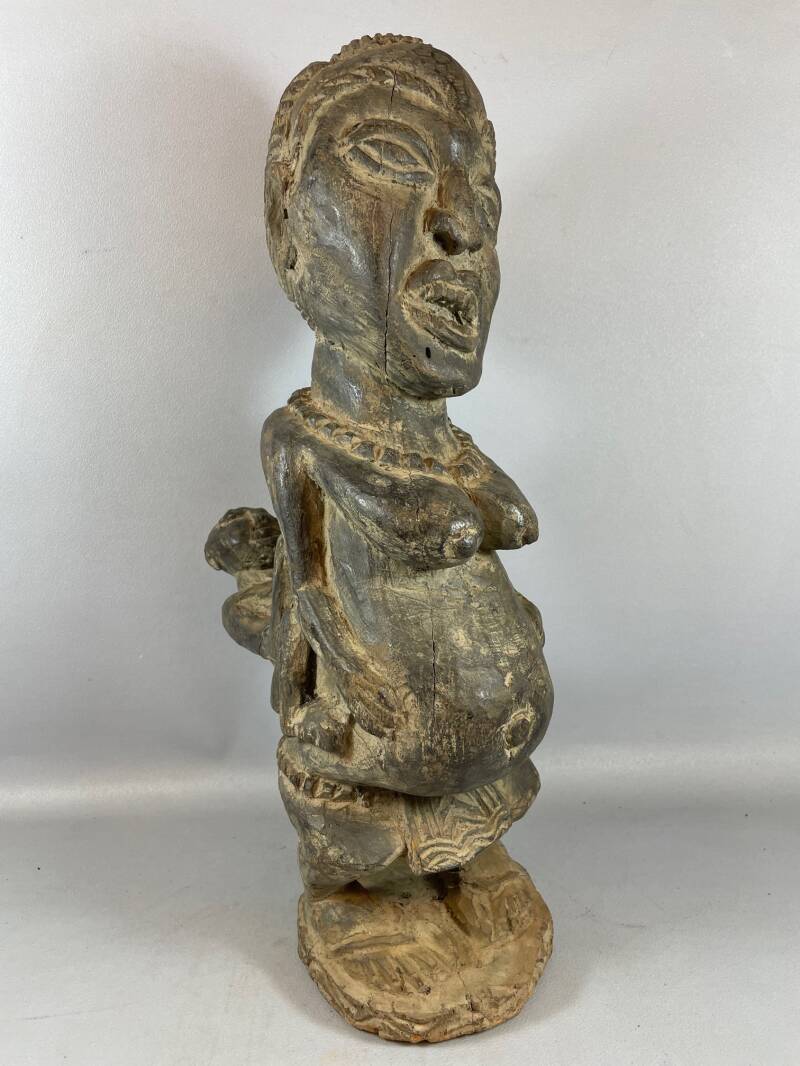 The Bamum, sometimes called Bamoum, Bamun, Bamoun, or Mum, are a Grassfields ethnic group of Cameroon with around 215,000 members.The Bamum traditional religion placed great emphasis on ancestral spirits which were embodied in the skulls of the deceased ancestors. The eldest males of each lineage had possession of the skulls of deceased males. When moving a diviner must find an appropriate place to hold the skull. Despite these efforts some men's skulls remained unclaimed and their spirits are deemed restless. Ceremonies are thus done to placate these spirits. There is also respect for female skulls, but the details are less documented.

They also believed women made the soil fruitful, thus women did the planting and harvesting. Masks and representations of the head also had importance. In modern times, many Bamum are Muslim or Christian. King Ibrahim Njoya himself converted to Islam then to Christianity and then back to Islam after the Treaty of Versailles. He is said to have disliked abstaining from polygamy when Christian, and from alcohol when Muslim, so ultimately split the difference toward the end.1