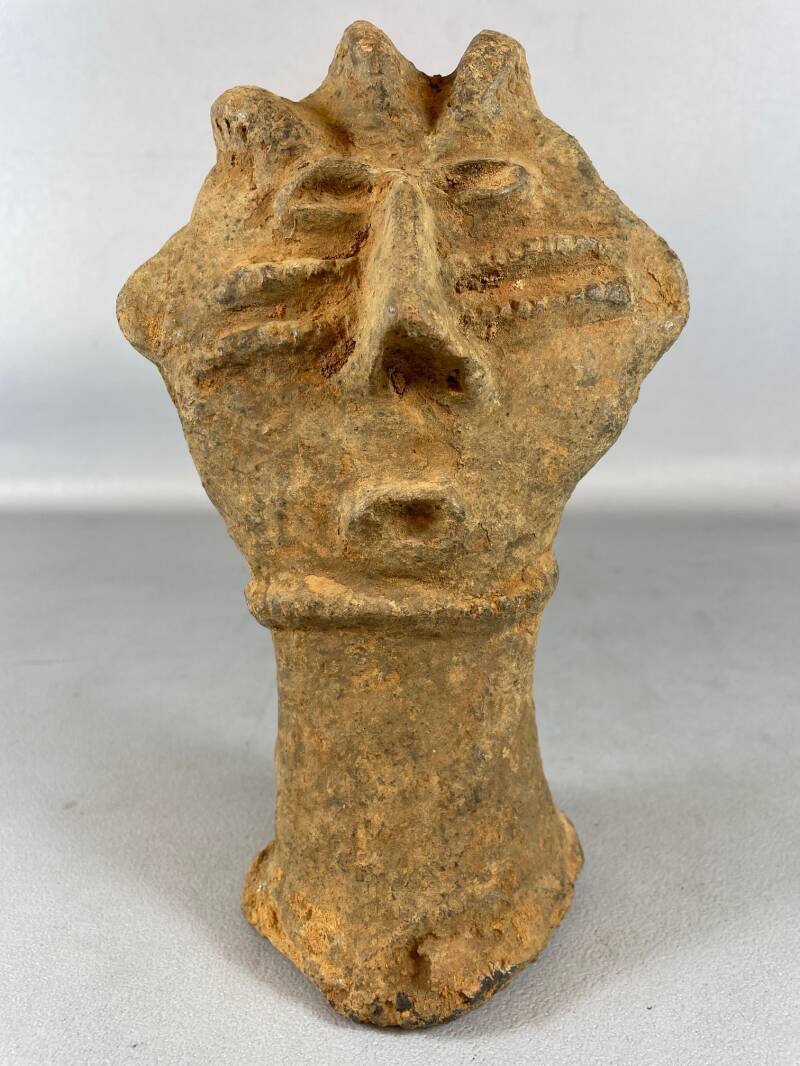 This Bura head was collected in my private collection in 1999.

Africa-gallery is pleased to offer from his own private collection a rare terracotta Funerary Vessel Top fragment from the Bura culture, Republic of Niger, West Africa.