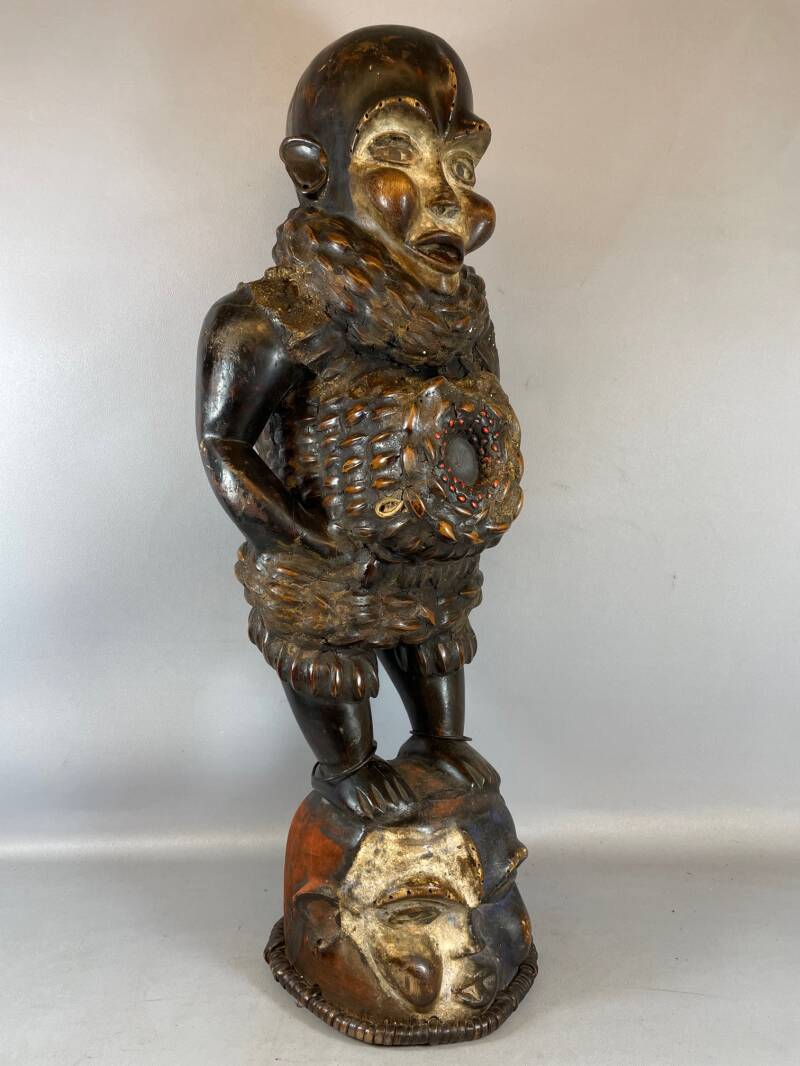 Such figures are used for personal protection.

Hand carved from a single piece of wood and collected in 1958 from an Belgium collector.

This Bakongo statue was collected between 1940 and 1950 and ended up in my private collection in 1997.