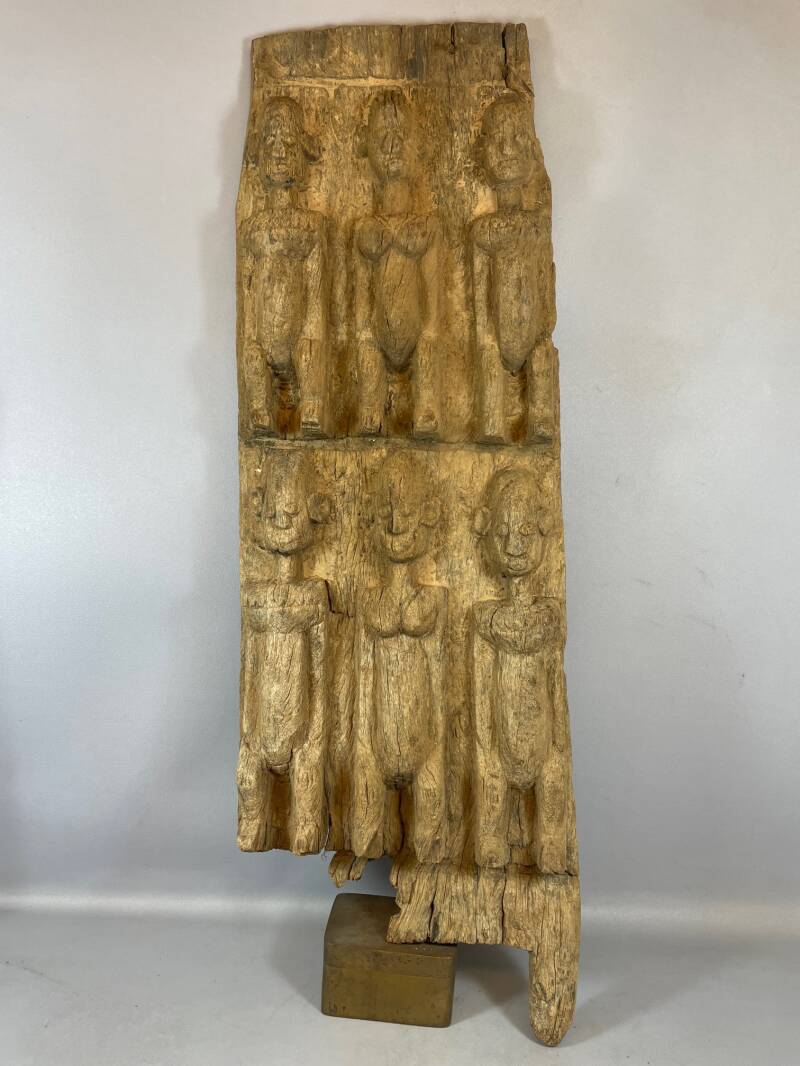 This statue was collected in 1938 and ended up in my private collection in 1984 and this Dogon door is more then 85 years old.

This beautifully carved African Granary door storage measures 64 cm tall and is hand-carved of wood. It originates from the Dogon tribe of of Mali and Burkina Faso. These doors protected the window like opening into each family’s grain storage building so a small amount of food could be taken out. Primordial beings, ancestors, Kanaga masks, sun lizards and scenes of life symbolically served to protect the entrance by making it sacrosanct. The low reliefs are carved on several panels, held together by iron staples.

The Dogon an ethnic group are mainly located in the administrative districts of Bandiagara and Douentza in Mali, West Africa. The precise origins of the Dogon people, like those of many other ancient cultures, are not yet determined. Their civilization emerged, in much the same way as ancient Egypt. Around 1490 AD the Dogon people migrated to the Bandiagara cliffs of central Mali. There are approximately 700 Dogon villages, with an average of 400 inhabitants. The tribe’s folk call themselves ‘Dogon’ or ‘Dogom’, but in the older literature they are most often called ‘Habe’, a Fulbe meaning ‘stranger’.3