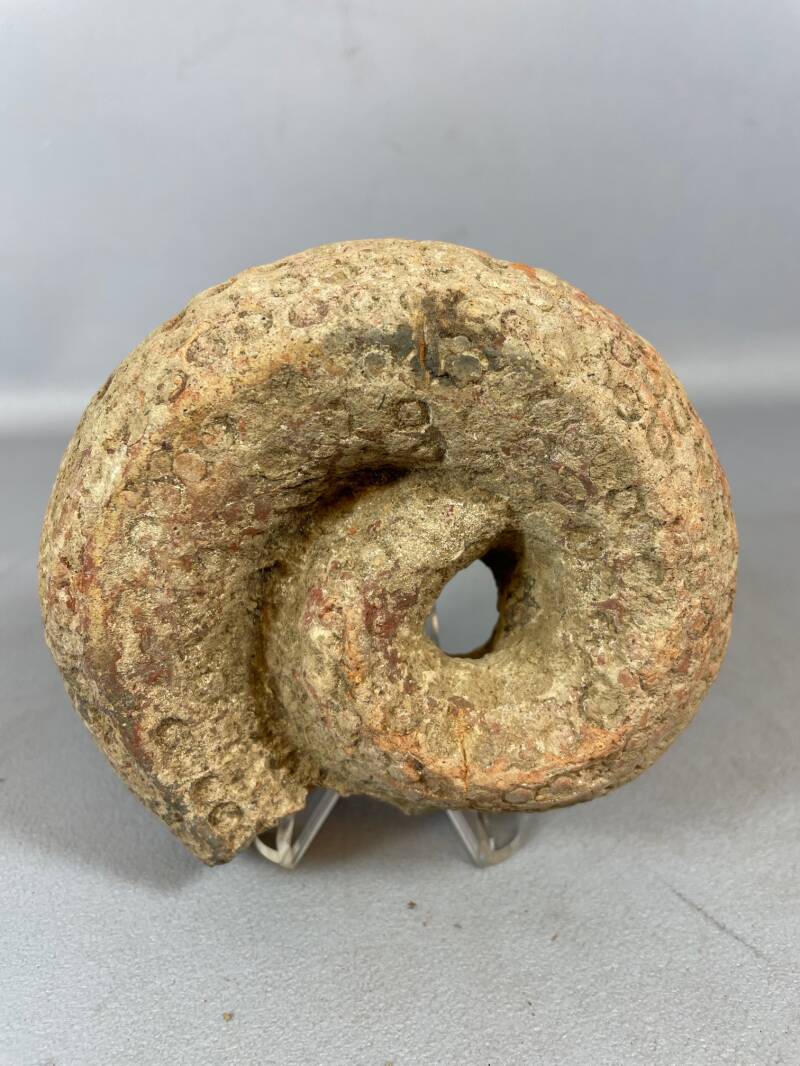 This Djenne snake was collected in my private collection in 1984.

This intriguing piece of sculpture is made of terracottan by the Djenne people of Mali. It depicts a coiled snake, wrapped gracefully, and grasping at a human. The material used was worked skillfully by the Djenne artisans, and is the results today of a truly distiguinshed works of art in the technique of ceramic art. Snakes were venerated, used in the cult of ancestors as well as being linked symbolically with the idea of relative mortality. Djenne was once a prospering city which was also once the trade center of this region and it was located at the the Inland Delta of the Niger River which was the heart of the Mali Empire between the 12th and 16th centuries. The Djenne civilization are precursors to the Dogon of Mali.