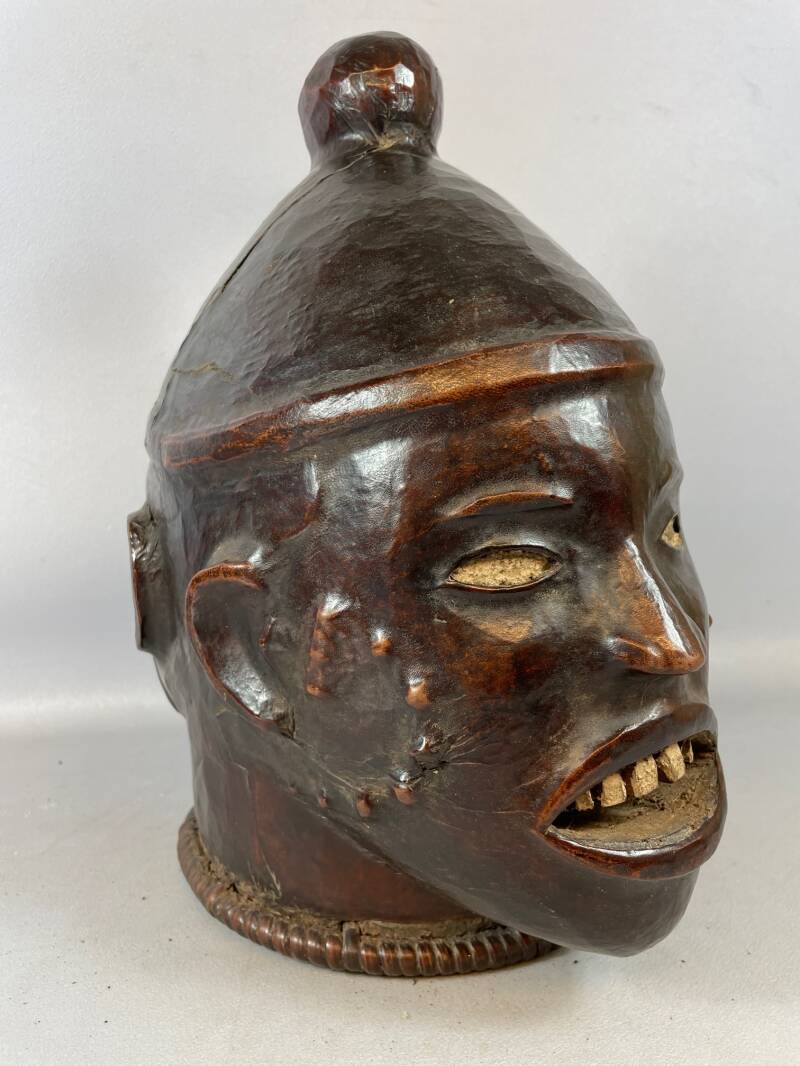 Height: 33 cm high and diameter are 30 cm from nose to nose.

A wonderful Janus Head Crest known as Ngbe worn by members of Leopard Society among the Ejagham (also known as Ekoi) from Nigeria Nigeria.