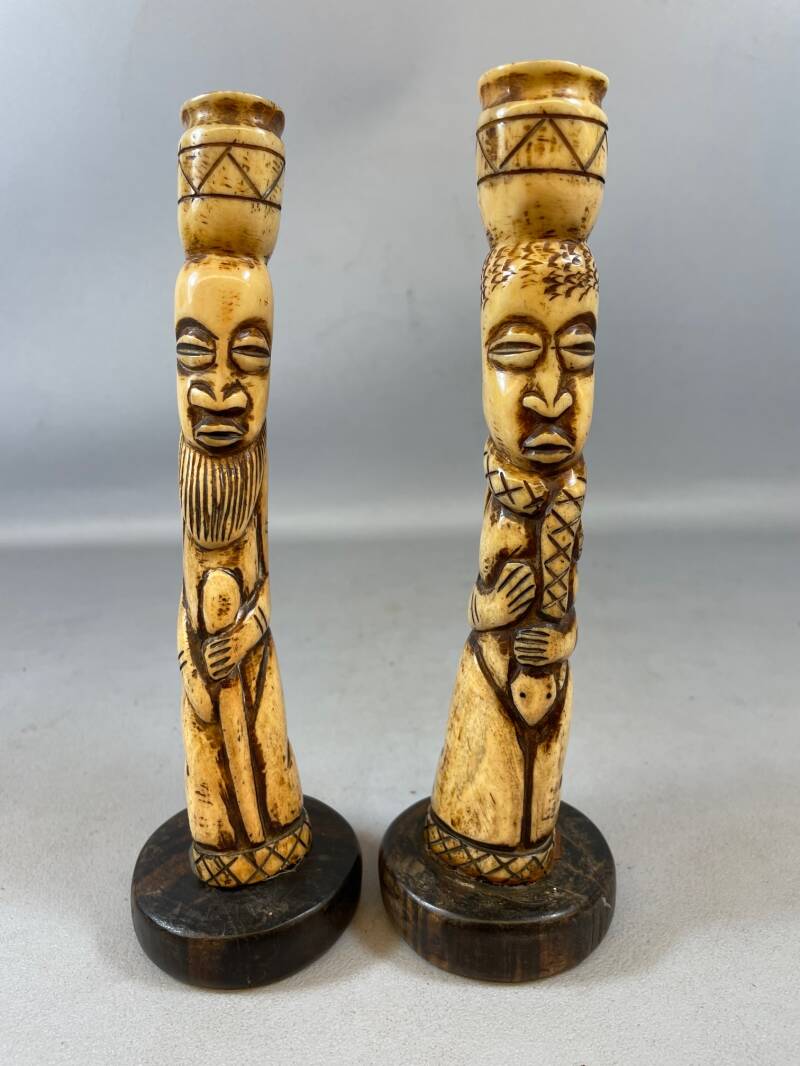 The "Maginga" statuettes of the Lega, made of , play an important role within the complex mystical and magical world that characterizes the Bwami society of the Congo.

Dimensions: 20x4x4cm. each (excluding base)