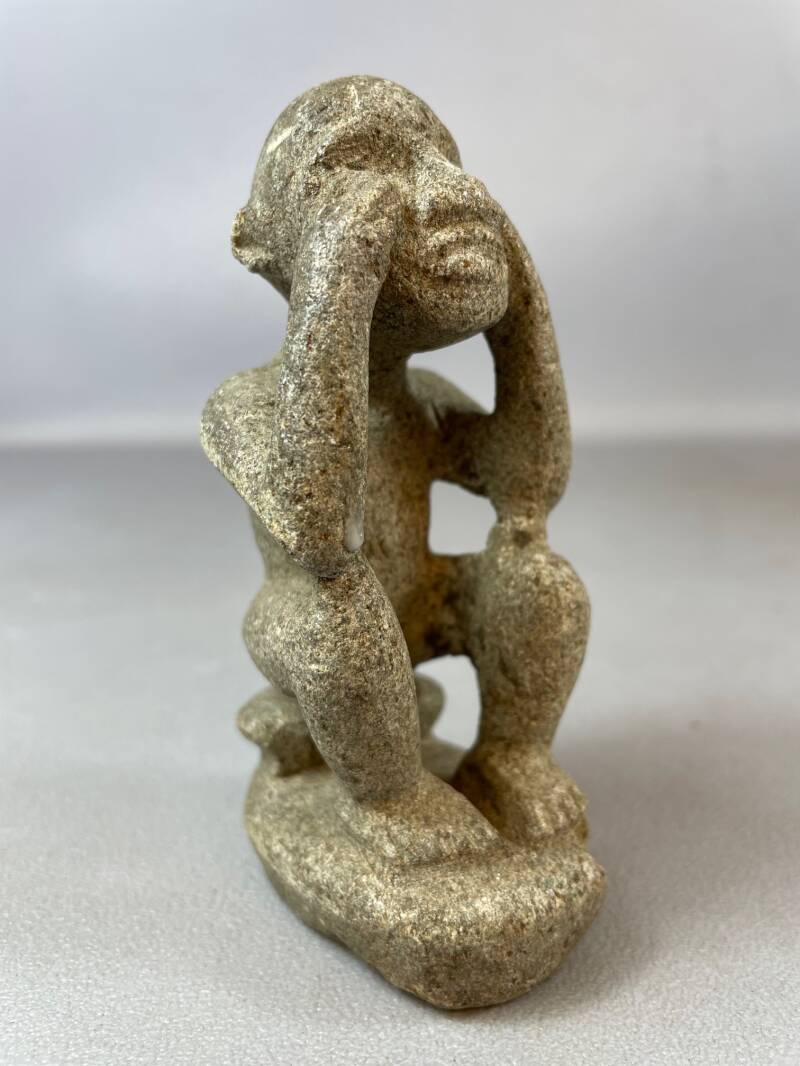 The mintadi (in kikongo, "guardians", in the singular ntadi) are soapstone sculptures made in the north of present-day Angola and the west of the present-day Democratic Republic of Congo (territory corresponding to the maximum extent of the kingdom of Kongo) from the 16th to the beginning of the 20th centuries. Some were introduced into Europe in the 17th century by Italian missionaries active in Kongo and exhibited from that time in the Kircher Museum (now the National Prehistoric and Ethnographic Museum Luigi-Pigorini, in Rome). Robert Verly sought to make an inventory of it in the early 1950s. A ntadi (representing a woman seated cross-legged breastfeeding a child) is exhibited at the Museum of Fine Arts in Boston.