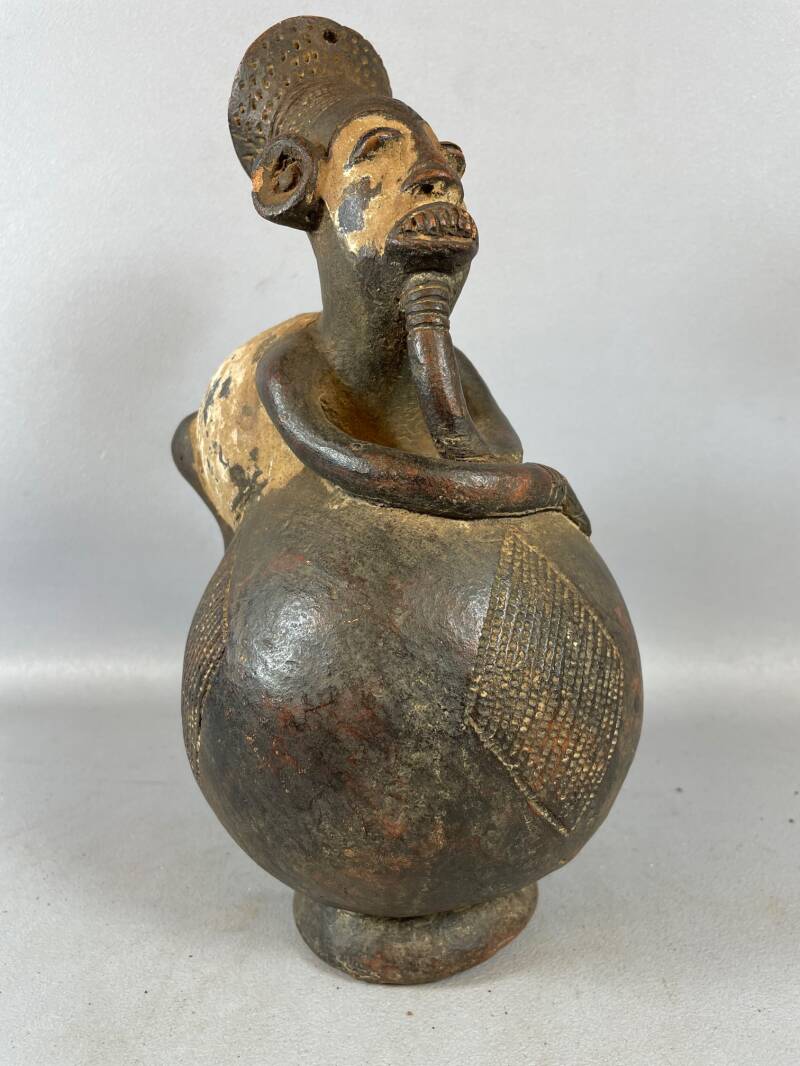 In the DR Congo, Rwanda, Burundi, Uganda and in many other African countries, the potters are women. Men take care of the extraction and transport of the clay soil. Women are responsible for the rest.

This jar beautifully illustrates a Mangbetu art dedicated to the glorification of beauty. During the first quarter of the 20th century, some artists - in the village of Niangara and in the courtyard of King Okondo - began the tradition of anthropomorphic ceramics, which became one of the most sensitive expressions of Mangbetu art.

Water pots or palm wine containers were often given anthropomorphic shapes or were abstracted with complex necks ad bodies. Similar forms of figured pots are found among a number of different peoples through a large range stretching from central Africa to its eastern reaches. Well known sculpted ceramics are found among the Mangbetu, the Zande, the Bari and Bale and especially among a number of Luba, Chokwe related peoples including the Lwena, Lwale, Luchazi and Lungu. This pot shows a female head with her elongated hairstyle typical of the Zande and Mangbetu.

NB - The item will be well packed, protected, guaranteed and insured for transport.