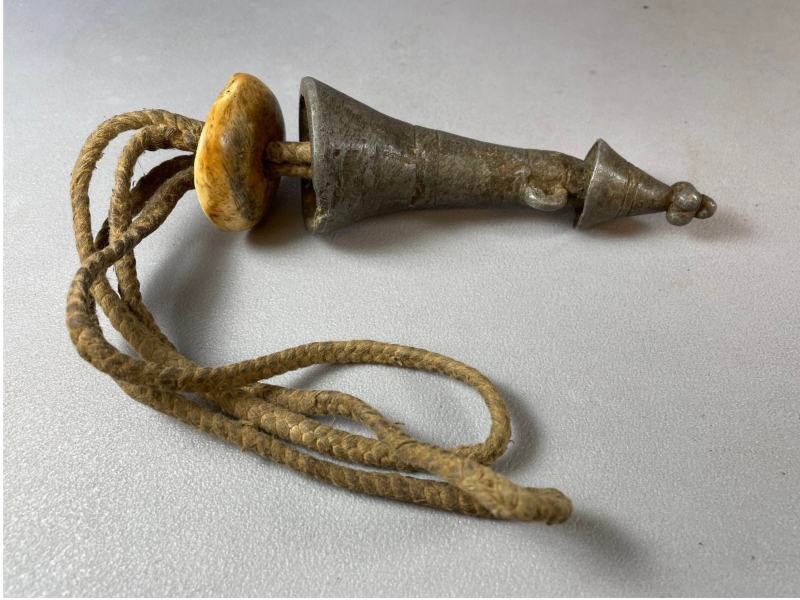 A Borana man wears a phallic Kallaacha on his forehead. Made of cast aluminium and bone.

A Borana man wears a phallic Kallaacha on his forehead. Made of cast aluminium and wood or bone, the Kallaacha is worn during the tribe's initiation and gada age-grade ceremonies.

The Borana's who live by their successful agricultural economy, live next door to the pastoral Borana and have many customs in common including the wearing of the phallus.

The Borana live in south Ethiopia and mostly follow their ancient way of living. The gaddaa system is some kind of generation structure, which changes every 7-8 years, the chief of gaddaa is widely respected, even after his gaddaa is finished, he can still keep his regalia: the kalacha (fallus like ornament he is wearing on the forehead), the uroro (stick) and the licha (to whip his wives and whoever needs it according to him). The traditional believe praises a god called waqe-fata.