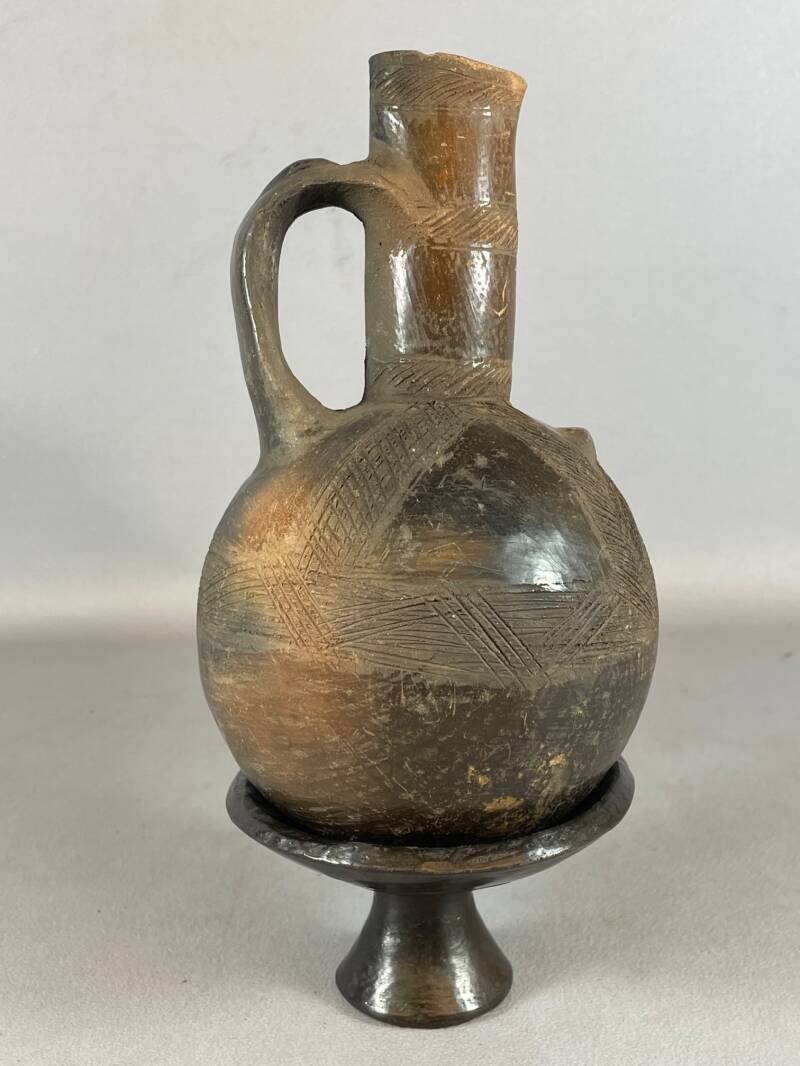 It is usually made of pottery and has a spherical base, a neck and pouring spout and a handle where the neck connects with the base.

It is the women who perform this almost sacred ritual. They start by spreading herbs and fresh flowers on the floor. Incense is also burned to ward off evil spirits throughout the ceremony. The jebena is then filled with water and placed on hot coals. The green coffee beans are first cleaned to remove potential stones and dust before roasting them manually on a kind of metalic pan.

The powerful aroma of roasted coffee is considered an important aspect of the ceremony.The coffee is then ground coarsely using a mortar - a small thick wooden bowl called mukecha - and a wooden or metal pestle called zenezena, before being poured into the jebena and put back on the fire until boiling. The little cups are then filled right to the brim, normally with sugar, and served three times. Abol, Tona, Baraka are the name of the services, each one with its own meaning.

In some regions of Ethiopia, butter or honey may be added. The coffee can also be accompanied by grilled barley (kolo), peanuts or popcorn.

We also discovered some regional peculiarities. The jebena for example, does not have the same shape everywhere.